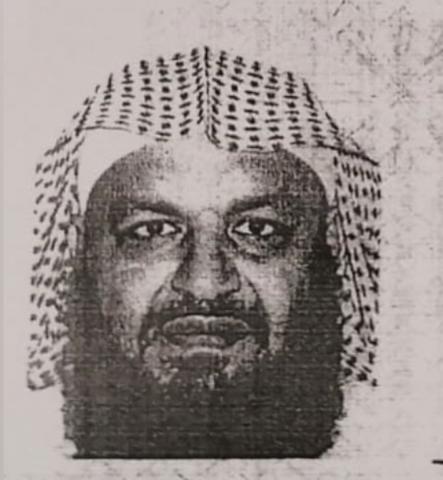 On 14 July 2021, Alkarama sent an urgent appeal to the UN Working Group on Arbitrary Detention regarding the current situation of Mr. Suleiman bin Ahmed bin Abdulaziz Al Duwaish, who was arrested on 22 April 2016 by the personal guard of Crown Prince Mohammed Ben Salmane for a series of critical tweets and has been held in incommunicado detention since then.

The facts
Mr. Al Duwaish was arrested on 22 April 2016 during a trip to Mecca by men in civilian clothes who were part of the personal guard of Crown Prince Muhammad Ben Salmane, then Minister of Defence. He was then taken to his royal palace in Riyadh where he was beaten into unconsciousness by the prince himself.
For the time being, the Saudi authorities continue to categorically deny his detention and refuse to give his family any information about him.
His arrest and subsequent enforced disappearance was the subject of a communication to the Working Group on Enforced and Involuntary Disappearances on 3 July 2017; the Working Group referred the case to the Saudi authorities on 7 July 2017 but has not received any official response from the government to date.
While the Saudi authorities refuse to admit the detention of Mr Al Duwaish, all the evidence and the various testimonies of the detainees, released at different times, show that the victim continues to be held incommunicado.
Two years after his arrest, his family received an initial testimony from one of his fellow detainees who had been released and who indicated that they were together in cells located in the basement of a royal palace in Riyadh known as Al Khuzama Palace. According to this testimony, this secret prison, where members of the royal family arrested on the orders of Mohammed Ben Salmane are also held, is directly under the authority of Maher Al Mutreb, a figure suspected of being linked to the murder of Djamal Khashoggi.
The family of Mr. Al Duwaish has approached various authorities but all their efforts have been in vain. None of these authorities, including the Ministry of the Interior, State Security, the Ministry of Justice, the Grievance Committee, the Public Prosecutor's Office, have given them a response.
Alkarama therefore referred the case to the Working Group in view of the urgent nature of Mr. Al Duwaish's current situation as well as the imminent danger to his life due to his state of health, the lack of medical follow-up and the conditions of his detention.

The deprivation of liberty of Mr Al Duwaish is arbitrary

Alkarama stressed that Mr Al Duwaish's detention is arbitrary in the light of all the general principles enshrined in the Universal Declaration of Human Rights (UDHR).

Indeed, Mr. Al Duwaish was arrested, in violation of Article 9 of the UDHR, without a judicial warrant and by an authority not empowered to make legal arrests since it was the personal guard of the Minister of Defence. He was neither charged nor brought before a judicial authority as required by Article 10 of the UDHR, which guarantees everyone detained the fundamental right to an effective remedy to challenge the lawfulness of his detention.

Despite the five years that have passed since his arrest, Mr. Al Duwaish has still not been tried or brought before a competent judicial authority to which he could have challenged the lawfulness of his detention.

Mr. Al Duwaish continues to be held in indefinite and incommunicado detention in violation of domestic legal provisions and principles of international law.
Although his family has repeatedly alerted the competent authorities, no investigation has been carried out in violation of Article 8 of the UDHR. On the contrary, the family members have been victims of reprisals whenever they have had recourse to state institutions. Mr. Al Duwaish's son was detained for a year and then released without trial.
Recently released witnesses have reported to his family that Mr. Al Duwaish's health has deteriorated dramatically due to the alarming conditions of his detention and the lack of adequate medical care. At present, Mr Al Duwaish is still being held incommunicado, which constitutes a very high risk to his life as this situation is beyond the control of a judicial authority.
Mr. Al Duwaish is being arbitrarily detained for purely political reasons and for acts relating to the exercise of his right to freedom of opinion and expression as guaranteed by Article 19 of the Declaration.

Alkarama denounces this medieval practice of incommunicado detention, without judicial oversight, and for purely political reasons and calls on the United Nations special procedures to intervene urgently to enjoin the Saudi authorities to immediately release Mr. Al Duwaish.