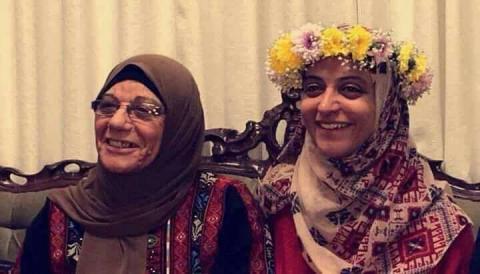 Shadi was released on bail, while Shireen and Medhat were held without charge until they were sentenced to four and eight years of imprisonment, respectively, in 2016.

In her work as a lawyer, Issawi had defended – and acted as a spokesperson for – numerous Palestinian prisoners, including her brother, Samer Issawi, whose 270-day hunger strike garnered international attention.

Shireen was the recipient of the 2014 Alkarama Award for Human Rights Defenders, a prize formerly presented every year to an individual or organisation that has significantly contributed to the promotion and protection of human rights in the Arab world.

The Free Shireen Issawi Campaign’s Facebook page notes that Shireen’s imprisonment was part of “an ongoing campaign to intimidate the Issawi family following the international attention brought to Samer's case.”

According to the campaign, alongside the arrests of Samer, Shireen, Shadi and Medhat, their brother, Ahmad, had his home demolished in January 2013.

Shireen herself had previously been arrested in 2010. She was imprisoned for more than a year and prevented from practising as a lawyer. This ban was extended for two years in 2013.

In response to his activism, Medhat had been sentenced previously to 20 years in prison. He was released in late 2013, a few days prior to the release of his brother, Samer, both of whom – along with their brother Shadi – have since been rearrested.

Upon Alkarama’s request, a communication was sent by a group of UN experts, including the Chair-Rapporteur of the Working Group on Arbitrary Detention, on July 14, 2014 “regarding the allegedly arbitrary arrest and detention” of Shireen, Samer, and Medhat. However, the Israeli authorities failed to respond.

In the hours prior to Shireen’s release, her mother expressed her joy, but said that this joy is “incomplete” without the release of Medhat and Samer – who remain detained in Israeli prisons – along with all other Palestinian prisoners. Shireen and her brothers are among over half a million Palestinians who have been imprisoned by Israel since 1967.

“Although we welcome Shireen’s release, it is a lukewarm victory as she should never have been imprisoned in the first place,” said Inès Osman, Legal Coordinator at Alkarama. “Too many other peaceful human rights defenders, in Palestine and the whole Arab region, are still facing similar charges for having merely advocated for the rights of their fellow citizens.”