Palestine/Israel: "And Then There Were None" - New Reprisals Against the Issawi Family 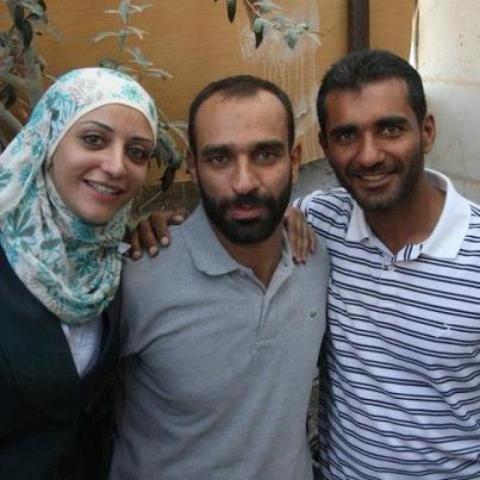 On 18 December 2014, less than a week after Layla and Tarek Issawi's return from Geneva where they had gone to receive the 2014 Alkarama Award for Human Rights Defenders on behalf of their daughter, Shireen, still detained by Israel, their youngest son, Shadi, a law student, was re-arrested by the Israeli forces at a checkpoint. His arrest is part of a broad campaign of reprisals against the Issawi family.

Stopped at a checkpoint post at 8.30am, Shadi was arrested because the family house, built without permission, is in his name. He is now ordered by the authorities to pay the sum of 550,000 shekels – over 140,000 dollars – for violating the Israeli building code.

"The building with which we are reproached is 18 years old. We are not alone, everyone built without authorisation since they destroy our homes to build their own," says Layla Issawi, mother of the four detainees. "Shadi is a student and we are pensioners. When he was arrested the first time and spent 11 years in prison, Samer had to borrow to pay his fine, for which we have not yet paid back our debts. How do you want us to pay this amount?"

Four of their children find themselves today in Israeli prisons: Samer, known for his 278-day hunger strike in protest against his arrest on the basis of secret evidence; Shireen, a Palestinian lawyer and activist, laureate of the 2014 Alkarama Award in recognition of her courageous work defending Palestinian prisoners' rights; Medhat, who ran the Al-Quds office for Legal and Commercial Affairs, a private firm that provided services for security prisoners and served as a liaison between families and lawyers visiting prisoners; and now Shadi.

"The recent detention of Shadi Issawi because of a failure to have the proper building permit for the Issawi home should be seen for what it is – a further vindictive act against the Issawi family in shameful reprisal for the courageous and resulted resistance activities of Shadi and his brothers and sisters," declared Richard Falk, Professor Emeritus of International Law at Princeton University and former UN Special Rapporteur on the situation of human rights in the Palestinian territories occupied since 1967.

To the Issawi family and to Alkarama, there is no doubt that Shadi was arrested in retaliation for their peaceful resistance against the occupation, and probably for their participation to the 2014 Alkarama Award ceremony, an award that has a strictly symbolic value and is presented annually, on the occasion of Human Rights Day, to a person or an organisation that has contributed significantly to the promotion and protection of human rights in the Arab world.