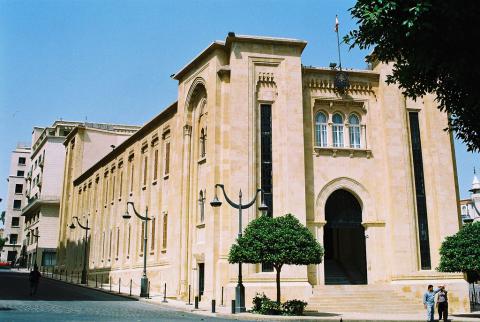 Update: On October 26, 2017, the law entered into force following its publication in the Official Gazette.

On September 19, 2017, the Lebanese Parliament adopted a new law aimed at punishing torture and other cruel, inhuman or degrading treatment or punishment. The legislation fails to meet the standards enshrined in the UN Convention against Torture (UNCAT), ratified by Lebanon in 2000, and ignores the concerns put forward by the UN Committee against Torture in April 2017.

Alkarama is concerned by the law’s narrow definition of torture and the inadequacy of the penalties applicable. It is also regrettable that the law does not address the undisputed jurisdiction of the military tribunal over crimes of torture committed by state agents.

Although the law is the first of its kind, the adopted amendments constitute a setback in comparison to the draft law that was initially presented to the Lebanese Parliament in 2012. The law can still be challenged before the Constitutional Council within 15 days of its publication in the Official Gazette, which is yet to occur.

On September 28, 2017, Alkarama sought the intervention of UN Special Rapporteur on torture (SRT) with the Lebanese authorities to request that the law be amended as to be in full compliance with the UNCAT.

Alkarama’s primary concerns include article 1(a), in which the law introduces restrictive elements to the definition of torture spelled out in article 401 of the Penal Code. The offence of torture is limited to acts performed “during the investigation, preliminary investigation, judicial investigation, trials and executions of sentences.” Furthermore, the criminalisation of cruel, inhuman or degrading treatment or punishment as defined in article 16 UNCAT was withdrawn during the deliberations in parliament, further reducing the scope of the bill.

Equally concerning is the fact that the new law introduces penalties for acts of torture that are not commensurate with the gravity of the crime. Article 1(b) of the law states that “[a]nyone who perpetrates torture shall be liable to imprisonment from one to three years of imprisonment if torture does not result in death or permanent or temporary physical or mental disability.” Such penalties, normally attached to misdemeanours, do not have a deterrent effect, creating a climate of impunity.

Additionally, under the new legislation, acts of torture can be subject to statutes of limitation. Judicial proceedings can only be initiated within a three to ten-year period after the victim has been released from prison, varying in length depending on the gravity of the act. In this sense, the new legislation goes against international law, under which torture is considered to be one of the most serious crimes, and thus can never be subject to statutes of limitation. Furthermore, victims are often reluctant to file complaints for torture until they feel safe to do so, which may be well beyond the period set out in the statute of limitation.

“The parliamentarians have a substantial opportunity to enact an ambitious law that would remedy the numerous shortcoming in Lebanon’s current legal arsenal,” said Inès Osman, Legal Officer at Alkarama. “Enacting a law in line with international standards would be the stepping stone towards tackling the pervasive practice of torture in Lebanon.”