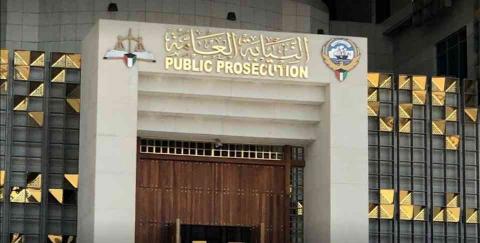 The Kuwaiti Ministry of Interior arrested a group of former MPs, activists and academics at an official press conference to show solidarity with the National Assembly MP Badr Al-Dahoum, denouncing the decision of the Constitutional Court to cancel the parliamentary status of the deputy, on the pretext that he insulted the Emir of Kuwait, Sabah Al-Ahmad. The people arrested were later released.
This comes at a time when civil and political rights in Kuwait are seriously regressing, while the "accusation of insulting the Emir" is the subject of criticism raised by Alkarama and several human rights organizations. In the context of its reports to the UN mechanisms, Alkarama has expressed its deep concern about the lack of independence and integrity of the judiciary, with the appointment of judges being approved by the Emir. Alkarama has documented numerous unfair and politicized trials in recent years.
As for the constitutional aspect, the "alleged crime of aggression" was issued in 2014 and the aggressor law was issued according to which the Constitutional Court decided to cancel the membership of MP Badr Al-Dahoum in 2016, which means that the court applied the law retroactively, which is contrary to the constitution which states, "The provisions of the laws apply only to what happens from the date of their application, and they have no effect on what happened before that date".
Those who reject the Constitutional Court's decision argue that the Court itself had refused, earlier in 2016, to consider an appeal filed by Dahoum's lawyer, in response to the removal of his name from the lists of candidates by the administrative court, since it was outside its jurisdiction, so why retract and accept a complaint against him.
Moreover, Kuwaiti lawyers claim that the function of constitutional justice in countries is to protect rights and freedoms, and to annul restrictions on rights and freedoms. In addition, given that a final ruling was issued by the Court of Cassation acquitting Dahum's lawyer of the charge of insulting the Emir, the court ignored the legal effect of Article 82 of the Penal Code, being that the expiration of the stay of execution without its annulment will result in the nullity of the sentence, so what about a continued conviction without punishment.
Kuwaiti lawyers and activists consider that the Constitutional Court is currently in a contradictory position: it is a constitutional court ruling on the unconstitutionality of laws and regulations and a matter court ruling on election appeals. In another hand, with the issuance of a constitutional decision revoking the election of Dr. Badr Al-Dhahoum, we are faced with a "disturbing" judicial precedent in which the courts of first instance have the ability to override authoritative rulings with absolute discrimination!
In principle, Kuwait is a party to the International Covenant on Civil and Political Rights, which obliges the state to protect and guarantee political and civil rights, including articles 19, 25 and 26 of the Covenant, with article 25 stipulating the right to participate in the conduct of public affairs, either directly or through freely chosen representatives, as well as the right to vote, to stand for election, and to equal opportunity in public office.