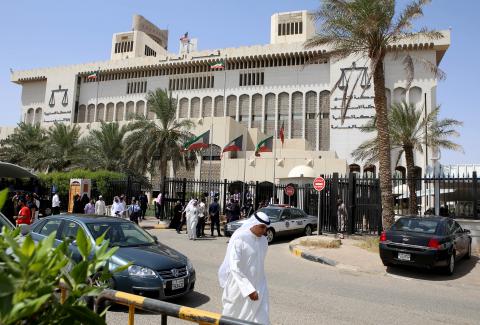 On October 5, 2017, Kuwait’s Constitutional Court repealed Law No. 78/2015 on compulsory DNA collection, declaring that some of its provisions contravened the rights to privacy and personal liberty enshrined in articles 30 and 31 of the Kuwaiti Constitution.

According to the Kuwaiti authorities, the law was introduced in August 2015 as a direct response to the deadly terrorist attack on the Imam Sadiq mosque in Kuwait city on June 26, 2015, in which 27 people were killed and more than 200 wounded.

Under article 11 of the law, all Kuwaiti citizens and residents are obliged to provide DNA samples to the authorities, with article 4 prohibiting anyone from refusing to submit a DNA sample. Article 8 even provides for “one year in prison and 10 thousand dinars fine for anyone who deliberately and without any excuse refrains from giving a sample of his DNA.” The Ministry of Interior is vested with the establishment and management of the DNA database under article 2.

Alkarama had previously called for the law to be repealed or at the very least amended to incorporate numerous legal safeguards.

In June 2016, Kuwait was reviewed by the UN Human Rights Committee (HR Committee), which assessed the human rights situation in the country , including the implementation of the International Covenant on Civil and Political Rights (ICCPR).

Prior to the review, on May 27, 2016, Alkarama submitted its shadow report to the UN HR Committee, in which it expressed its belief that Law No. 78/2015 constitutes a violation to the right to privacy enshrined in Article 17 of the ICCPR.

In its concluding observations, the Committee echoed Alkarama’s concerns over the possible consequences and dangers of such a law, and highlighted the invasion of privacy as well as the lack of accountability and independent control over the collection of DNA samples.

The UN experts therefore recommended that Kuwait limit DNA collection to individuals suspected of having committed serious crimes, and on the basis of a court decision. It added that individuals should be able to challenge the state's request, and further requested that an oversight mechanism, independent from the Ministry of Interior, be established to monitor the collection and use of DNA samples.

The review by the UN Committee brought international attention to the issue. Alongside local civil society activism, in particular two petitions filed by Kuwaiti citizens demanding cancellation of Law No. 78/2015, placed sufficient pressure on the Constitutional Court of Kuwait to repeal the law on compulsory DNA collection.

Alkarama welcomes the decision by the Constitutional Court of Kuwait to completely overrule the law, as it is not only contrary to article 17 of the ICCPR - which limits unlawful interference with the right to privacy - but also the country’s own constitution. Furthermore, it does not respect the necessary, proportional and reasonable criteria required to restrict the right to privacy.