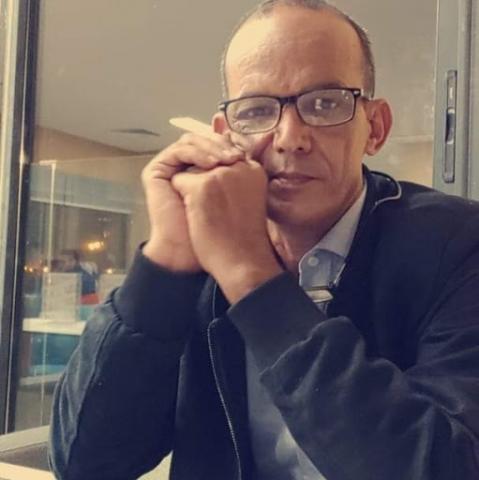 On 5 June 2020, the UN Working Group on Arbitrary Detention (WGAD) has adopted Opinion 7/2020, declaring the detention of Fadel Breica arbitrary. Of Sahrawi origin and living in Spain, M. Breica was arrested by Front Polisario members when visiting his sick mother in the Smara refugee camp in Tindouf. His family sought the assistance of Alkarama who submitted an urgent appeal to UN Special Procedures on 6 August 2019
M. Breica is an active human rights defender. Founder of the Saharawi Initiative for Change movement, he calls for a new approach to resolving the conflict in Western Sahara. He is also a founding member of Al-Khalil Ahmed Braih Coordination, which works revealing the fate of disappeared Sahrawis, and organized several sit-in and protests, notably to demand Dr. Braih’s release.
Fearing for his security and physical integrity due to his activities, he informed beforehand the Spanish embassy in Algeria about his trip, which has not impeded the daily harassment and threats by several agents of the Front Polisario from the day he arrived in Smara.
Arrest, secret detention and torture
M. Breica was arrested on 18 June 2019, when leaving a medical appointment. He was tackled by Front Polisario’s agents, hit on several parts of his body and violently transferred to Errachid detention center, where he was held incommunicado for ten days. While secretly detained, M. Breica was tortured with the aim of getting him to renounce his commitments as human rights defender.
On 25 June 2019, he was transferred to the illegal detention center of Dhaibiya, where he was again tortured for several days. To protest against his arbitrary detention, M. Breica started a hunger strike on 15 July 2019 and, due to his alarming state of health, had to be transferred to Rabouni hospital. However, as he refused to put a term to his strike, M. Breica was transferred back to Dhaibiya prison and placed in solitary confinement, before being finally released on 10 November 2019. None of the allegations were contested by Algeria.
WGAD Opinion
In its decision, the WGAD preliminary reaffirms Algeria’s responsibility for the violations committed against M. Breica in its territory by the non-state actor, and reiterates its preoccupations concerning the Government de facto devolution of administrative and jurisdictional authority of certain areas of the country to the Front Polisario, including Smara camps, in the region of Tindouf, south-east of Algeria.
Furthermore, the experts also remind that, even though M. Breica was set free, it remained appropriate for WGAD to assess if his detention was or was not arbitrary, considering the serious violations of rights expressed in Alkarama’s communication.
The WGAD confirmed that M. Breica’s detention resulted from the exercise of his rights to freedom of speech, peaceful assembly and association, protected by the International Covenant on Civil and Political Rights (ICCPR). It also concluded that his four months detention lacks legal basis and his right to a fair trial was violated, therefore conferring to M. Breica’s deprivation of liberty an arbitrary character.
Alkarama urges the Algerian authorities to ensure M. Breica his right to compensation as well as to ensure a through and independent investigation into the circumstances of his arrest, as requested by the WGAD. Moreover, we call the State party to respect its international engagements and ensure the rights recognized in the ICCPR to all individuals within its territory.
The decision requires the Algerian authorities to inform the WGAD, within six months, of the measures taken to implement the recommendations, notably if Algeria amended its legislation or practice to bring it in line with its obligations under international law. Alkarama will closely follow the implementation of all recommendations in the country.