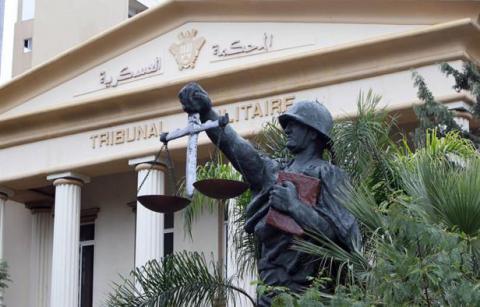 During its 120th session in July 2017 the United Nations Human Rights Committee (HR Committee) published its List of Issues in preparation for Lebanon’s third review, scheduled for March 2018.

The list aims to facilitate dialogue between 10 UN experts and the state party during the consideration of Lebanon's national report, which had been overdue since 2001.

The questions of torture and fair trial norms

In its List of Issues, the HR Committee inquired about “the progress made in defining and criminalising the offence of torture, including on the status of the proposed amendments to the Criminal Code.”

Lebanon’s Human Rights Parliamentary Committee has been working on a new draft law criminalising torture. However, this draft law does not comply with international standards as its definition does not include acts of cruel, inhuman or degrading treatment or punishment, and it allows for sentences ranging from just one to three years of imprisonment. The committee further requested that Lebanon respond to reports of torture and ill-treatment of detainees.

UN experts also raised concerns over the prosecution of civilians and children by military courts, insofar as military judges lack independence and impartiality. The HR Committee requested that the authorities report on measures taken to address the “use of forced confessions as evidence, interrogations in the absence of a lawyer, arbitrary sentences and limited right to appeal.” The suppression of political speech or activism by military prosecution was also raised.

Arbitrary detention and the status of refugees

Experts have also mentioned the issue of the use of arbitrary and extrajudicial arrest and detention by security forces and some armed groups. The state party will be required to address this issue, which includes incommunicado detention without access to a lawyer.

Questions were also raised concerning the practice of prolonged pretrial detention exceeding a year, a practice rendered possible by article 108 of the Lebanese Code of Criminal Procedure, which does not limit the period of remand for certain crimes, for example matters of state security.

Additionally, the fate of asylum seekers and refugees in Lebanon remains a pressing issue. The authorities were invited by the HR Committee to report on “measures taken to ensure that all persons in need of international protection are allowed access to the country […] and that the principle of non-refoulement is strictly respected.” In May 2017, Iraqi refugee Zeyad Al Dolaee was extradited to his home country despite the high risk of torture.

Finally, experts addressed Lebanon’s obligation to ensure freedom of expression, peaceful assembly, and freedom of association be respected in the country. The committee referred to reports of individuals subjected to arrest and prosecution due to their criticism of the state and its policies, primarily through social media. Similarly, the state was invited to comment on “reports of excessive use of force by security forces during demonstrations.”

In reference to freedom of association, the committee has inquired about how Lebanon intends to review the Labour Ministry’s broad authority over the formation of unions, union elections, and the administrative dissolution of unions. To date, it remains extremely difficult, if not impossible, for civil servants and migrant domestic workers in particular to exercise their right to form a trade union and their right to strike.