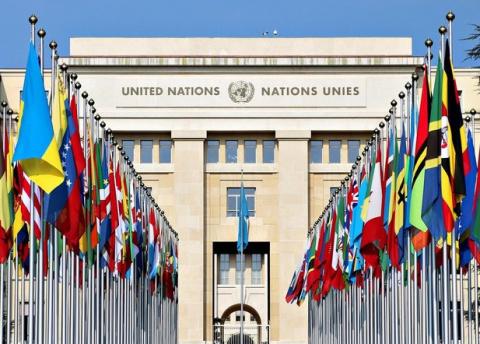 (Geneva, July 6, 2018) – On June 29, 2018, the UN Human Rights Council (HRC) formally adopted the UAE’s outcome report in the framework of its third Universal Periodic Review (UPR), which was held on January 22.

The UPR, which is held every four to five years, is a peer-review mechanism during which UN Member States assess each other’s human rights records and make recommendations based on the principles enshrined in the Universal Declaration of Human Rights (UDHR). Following this process, the state under review evaluates recommendations and provides feedback as to which ones it will “support” (i.e. implement) and which it will “note” (i.e. reject).

In total, the UAE received 230 recommendations on a range of topics, including the ratification of fundamental human rights conventions, the rights to freedom of expression and association, human rights defenders, cooperation with UN human rights mechanisms, and the practice of torture.

Alarmingly, the UAE authorities “noted” 98 recommendations, only supporting 132. The vast majority of noted recommendations tended to be more specific, for instance urging the state to reform certain problematic provisions of domestic legislation or to ratify fundamental international human rights conventions. For the most part, recommendations that gained the state’s support were more general in nature and included vague requests, such as that it “continue to promote and protect human rights”.

The abovementioned trend raises doubt as to whether the UAE is genuinely committed to improving its human rights record through the UPR, or is merely seeking to maintain a positive image within the international community. The ambiguous recommendations it has accepted do not oblige it to make any specific – and therefore measurable – reforms.

While the UAE received 40 recommendations on ratifying fundamental human rights conventions, it only accepted two.

Significantly, the UAE government rejected all 16 recommendations calling on the state to accede to the International Covenant on Civil and Political Rights (ICCPR), as well as the five recommendations concerning the ratification of the Convention for the Protection of All Persons from Enforced Disappearance (ICPPED). This is particularly worrying given that in the four years since the UAE’s last UPR in 2013, rights enshrined in the ICCPR in general, and freedom of expression and peaceful association in particular, have been completely stifled in the state.

Since the UAE’s last UPR in 2013, new provisions were added to the Penal Code which severely curb freedom of expression and punish with 15 to 25 years imprisonment anyone who “insults the president of the UAE” and with 10 to 25 years anyone who insults, mocks, harms the reputation, prestige or statute of the state, its flag, its emblem, its symbols or any of its institutions”.

What is more, the Cybercrime Law, which criminalises defamation and provides for harsh prison sentences up to “life imprisonment for anyone, who publishes information aiming or calling to overthrow or change the ruling system of the State”, is being increasingly used to crack down on peaceful dissent. The law further criminalises “insulting the ruler”, “damaging national unity”, “damaging state reputation”, “organising without permission” and “participation in unlawful groups”.

It is also of particular concern that the UAE, which has been featured in every UN Secretary-General reprisals report since 2013, rejected a recommendation urging it to “take concrete measure to protect human rights defenders, including from reprisals for cooperating with the United Nations”. This demonstrates the state’s continued disregard for international calls to refrain from systematically targeting peaceful activists on account of acts that clearly fall within their rights to freedom of expression and association.

Most recently, in May 2018, prominent human rights defender and winner of the Martin Ennals Award Ahmed Mansoor was sentenced to ten years in prison and a fine of one million dirhams (approximately $272,000) as well as a probation period of three years after serving his term. While he was acquitted of the charge of “cooperating with a terrorist organisation outside the country”, he was still found guilty of charges including “defaming the UAE through social media channels” and “promoting sectarian hatred that would damage the UAE's social harmony and unity”.

While the UAE rejected all recommendations related to extending a standing invitation to the UN Special Procedures, it supported a seemingly similar recommendation from Germany, which urged the state to “[c]ooperate with United Nations human rights mechanisms, including by responding positively to visit requests from special procedure mandate holders”. The semantics of these recommendations is key, as the UAE chose to reject those requiring it to issue a standing invitation to the Special Procedures specifically, and accept those that merely call for a “positive response”, raising doubts as to whether the UAE is fully committed to strengthening its cooperation with UN human rights mechanisms.

As it currently stands, the UAE has eight pending invitations by Special Procedures mandate holders, some dating as far back as 2005. The most recent request for a country visit to the state was addressed by the Special Rapporteur on contemporary forms of slavery, including its causes and consequences (SRS) in January 2018.

The UAE accepted the recommendation made by Switzerland to submit its report to the Committee against Torture (CAT). While the state acceded to the Convention against Torture (UNCAT) in 2012, it only submitted its initial report in June 2018, nearly five years after its due date of August 2013. This is not only in violation of the UAE’s reporting obligations under the Convention, but also raises serious doubts about the government’s commitment to eradicating the practice. As a consequence, the CAT has thus far been unable to conduct a review of the UAE’s record on the issue.

Furthermore, in an especially alarming reversal since its last UPR, during which it committed to investigate all allegations of torture, the UAE merely “noted” recommendations on this issue during its 2018 review.

The UAE’s apparent disregard for the principle of the absolute prohibition of torture is particularly worrying given that numerous cases documented by Alkarama, including those of Syrian computer engineer Mohamad Az and Qatari doctor Abdulrahmane Al Jaidah, demonstrate that it is methodically used in the state. The practice constitutes both a means to punish individuals and to coerce them to sign incriminating statements, which are systematically admitted into evidence and often constitute the sole basis for conviction. Methods used include severe beatings all over victims’ bodies, electric shocks including with electric chairs, water boarding, forced stress positions, prolonged solitary confinement as well as the use of secret detention.

In fact, in 2014, the former Special Rapporteur on the independence of judges and lawyers (SRIJL­) reported that more than 200 complaints of torture and ill-treatment had been presented before judges and prosecutors, but were not investigated or accounted for in judicial proceedings. She further expressed her concern that the lack of serious investigations into torture allegations “encourages impunity for perpetrators”.