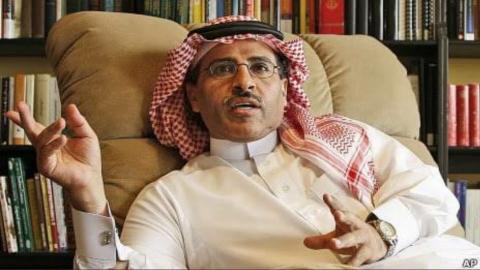 On September 6, 2021, Alkarama seized the United Nations (UN) Special Rapporteur against Torture regarding the situation of Mohammed AL QAHTANI, human rights defender and founding member of the Saudi Association of civil and political rights (ACPRA), sentenced on March 9, 2013 to ten years in prison and arbitrarily placed in detention in Al Hai'ir prison (Riyadh) in a section reserved for detainees suffering from psychological disorders.

ACPRA co-founder, Mr. Al Qahtani, was brought before the Riyadh Criminal Court on several charges all related to his peaceful activism. On March 9, 2013, he was convicted of allegedly "disrupting security and causing disorder by calling for demonstrations" and "forming an unauthorized organization", and was sentenced to 10 years in prison. Eight other CAPRA members were also sentenced to long prison terms. On May 28, 2013, Mr. Al Qahtani appealed the decision but his sentence was confirmed in February 2014. He was therefore immediately placed in solitary confinement in Al Ha'ir prison, without any contact with him from the outside world. Alkarama had first submitted the case of Mr. Al Qahtani to the Working Group on Arbitrary Detention (WGAD), which had recognized the arbitrary nature of his deprivation of liberty in its opinion no. thirteenth session, from August 31 to September 4, 2015. The Working Group therefore called for his immediate release, as well as that of the eight other members prosecuted under the pretext of “undermining national security” for having peacefully campaigned for human rights and made use of their rights of  freedom of expression.  However, the Opinion of the Working Group was never implemented. In protest against his conviction and his harsh conditions of detention, he has more than once gone on hunger strike. However, in retaliation for the hunger strikes, he was transferred to a wing of the prison reserved for people with psychiatric disorders and his conditions of detention were worsened by the prison administration. At present, Mr. Al Qahtani, detained in unbearable conditions, is at constant risk of physical assault. For this reason, Mr. Al Qahtani began another hunger strike on August 17, 2021 to demand the same conditions of detention as the other detainees.

Deeply concerned by the deteriorating situation of Mr. Al Qahtani and given the urgent situation regarding his security in detention, Alkarama submitted his case to the UN Special Rapporteur against Torture on September 6, 2021. Alkarama stressed that the placement of Mr. Al Qahtani in a section reserved for detainees suffering from mental illnesses and exhibiting aggressive behavior is contrary to article 5 of the Universal Declaration of Human Rights which enshrines the prohibition of all cruel, inhuman or degrading treatment. On August 9, 2021, he went on a hunger strike to protest the ill-treatment. He suspended his strike on August 12, 2021, when authorities promised to consider his demands. However, he resumed it on August 17, 2021, when the prison administration did not follow up. Its placement among detainees suffering from psychological problems is degrading treatment which also constitutes, by its gravity and intensity, a form of torture in accordance with article 1 of the United Nations Convention against Torture and Other Cruel Treatment or Punishment, inhuman or degrading, ratified by Saudi Arabia on September 23, 1997. Mr. Al Qahtani was deliberately placed in this section of the prison to be punished by the authorities. As a reminder, the case of Mr. Al Qahtani was raised in the report of the Under-Secretary-General of the United Nations in his report to the General Assembly on people who have been the subject of reprisals for having collaborated with the mechanisms of the United Nations.

Alkarama therefore appealed to the UN Special Rapporteur to urge the Saudi authorities to immediately release Mr. Al Qahtani, and in any event, to provide him with decent conditions of detention that comply with the Body of Rules minimum for the treatment of detainees. Alkarama also underlined the need to remind the State party to take all necessary measures against torture, cruel, inhuman and degrading treatment, in all circumstances and without exception, and to guarantee respect for the minimum conditions of detention required, without distinction, for all prisoners.