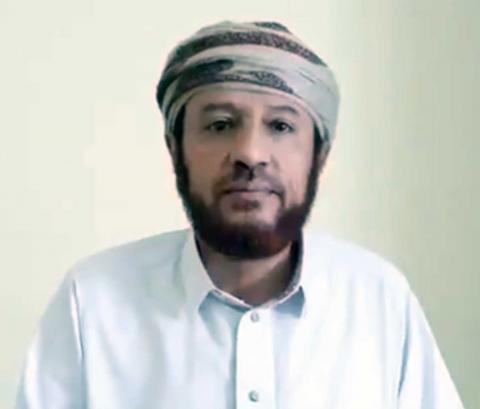 Alkarama learned that on 29 August 2020, Saudi authorities released Yemeni preacher Abdulaziz Al-Zubairi who has suffered enforced disappearance and three months in detention.
On June 29, Alkarama wrote to the United Nations Working Group on Enforced Disappearances regarding Mr. Al-Zubairi, who was arrested at his residence in Mecca on May 20, 2020.
Mr. Abdul Aziz Muhammad Ahmad Al-Zubairi, 60, is a well-known Yemeni preacher, Islah party businessman and Yemeni army officer, residing in Mecca, Saudi Arabia. His arrest occured a few days after his appearance at a seminar on Ramadan organized by the Union of Yemeni Students in Turkey.

It was six a.m. on Wednesday, May 20, 2020, when security forces including police and plainclothes officers raided his home in the Al-Aziziyah neighborhood in Mecca. They scared his family, arrested him, and then took him in front of his family and children to an unknown destination. Everyone's phone and their place of residence were searched without being informed of the reason of the search or the arrest. In addition, no arrest warrant issued by a judicial authority. was presented for this intervention.

Following Alkarama's correspondence with the United Nations Working Group on Enforced Disappearances, Al-Zubairi was allowed to have ad hoc contact with his family, but he remained in detention until his recent release. Alkarama's Legal Director, lawyer Rashid Mesli, said: “The case of Mr. Abdulaziz Al-Zubairi is a vivid example of the continuation of policies which have flouted basic guarantees for the victims of arrests in Saudi Arabia, and the absence of any legal procedure against the detainees ”, also noting that “ arrest campaigns have recently targeted Yemeni activists and personalities supporting the recognized Yemeni government, while according to Saudi Arabia, it has intervened militarily in Yemen to support it. "

In turn, human rights organization Sam, which specializes in Yemeni cases, said: “Saudi Arabia has recently been active in the arrest and enforced disappearance of many Yemenis without specific charges without allowing them to contact their families or get legal help. We can mention the human rights activist Muhammad al-Bukari, who was arrested on April 8, 2020 after posting a video on social networks, in addition to three other activists arrested at the end of May 2020: Muhammad Fadayel and two of his brothers, to name a few.
Sam reported that "Yemenis detained and enforced disappearance in Saudi Arabia fled the capital, Sana'a, after the Houthis entered it, and sought refuge in Saudi Arabia for fear of being arrested by the Houthi group. However, they were unfortunately victims of the arbitrary practices of the Saudi security services ”.