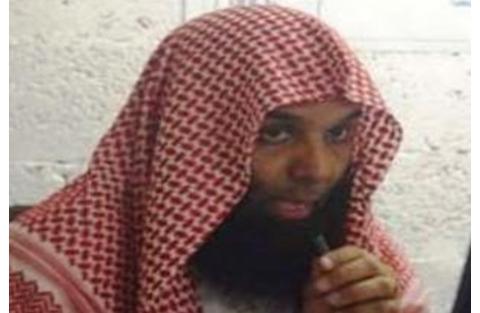 On 9 December 2020, Alkarama brought to the urgent attention of the UN working Group on Arbitrary Detention (WGAD) the continued arbitrary detention of religious scholar Khaled Al-Rashed, since his arrest which occurred on 19 March 2006. Not only his detention has been recognized as arbitrary by the experts of the WGAD in a 2007 decision but also, he has not been released in spite of having served an already unjust sentence of 15-years imprisonment.

A well-known religious scholar from the “reformer” movement, Mr al-Rashed was arrested on 19 March 2006 in Mecca, while he was completing the Omra religious pilgrimage with his wife. His arrest was carried out by Mabahith agents in civilian clothes, who did not present any mandate, nor explained the reasons of his arrest. However, given that his arrest happened briefly after he publicly criticised the Saudi royalty and its international policies, Alkarama believes that his detention was in reprisals for his opinions.

It is only a month after his arrest that his family was informed that he was secretly detained by the Mabahith in their facilities, where he had been subjected to torture and ill-treatment, causing immense damage to his health. Alkarama then submitted to the WGAD, on 30 April 2006, an individual complaint requesting the expert’s urgent intervention. At that time, Mr al-Rashed was detained incommunicado without any charges at the al-Hair prison, had not been presented to a judge and denied the right to see his family or consult a lawyer.

Given these elements and the fact that the most probable cause of arrest was his vocal, yet peaceful, criticism of his government and of the royal family as a well-known religious scholar from the reformist movement, the WGAD concluded in its Opinion No. 4/2007 that the detention of Mr al-Rashed was arbitrary.

Sentenced without trial: the continued arbitrary detention of al-Rashed

However, not only have the Saudi authorities completely ignored the opinion, they later sentenced Mr al-Rashed to 15 years imprisonment after a procedure that did not even resemble a trial.

While he was detained incommunicado at the Al Hair prison, he was taken to the office of the Prosecution, without any legal assistance, and told that he had been sentenced to 5 years' imprisonment. During this audience, he contested this sentence saying it was unlawful and arbitrary – as he was nether presented to a court of law nor allowed to defend himself or know the charges against him.

On 6 April 2009, he was taken again from his cell before the Prosecution which told him that not only his sentence was upheld, but also that given that he refused to reverse his dissenting views toward the royal authorities and contested his initial sentence, his prison term has been increased from 5 to 15-years imprisonment.

Last but not least, he remains today in detention in spite of having served the totality of his unlawful and arbitrary sentence. According to the Hijri calendar (the Muslim or Arabic calendar, a lunar calendar consisting of 12 lunar months in a year of 354 or 355 days) used in Saudi Arabia, he was arrested on 18 Safar 1427 and should therefore have been released 15 Hijri years later, on 18 Safar 1442, which corresponds to 6 October 2020.

“For the past 15-years, Mr al-Rashed has been held without any trial, without any access to a judge, denied the assistance of a lawyer and deprived of his family’s support,” said Rachid Mesli, Alkarama’s Director. “Now he is subjected to an indefinite detention in the midst of a global health crisis. This treatment amounts to torture and the authorities must cease their unlawful, cruel and inhumane detention of al-Rashed,” he concluded.

In view of these facts, Alkarama submitted an urgent appeal to the WGAD asking them to urge the Saudi authorities to put an end to Mr al-Rashed’s continued arbitrary detention. Alkarama also highlighted that Mr al-Rashed’s life was particularly at risk since older adults are at a significantly increased risk of developing a severe disease following infection from COVID-19. Therefore, his immediate release and safe return to his family constitute urgent as well as necessary measures to avoid possible irreparable damage to his life.

In June 2020, several mandate holders have expressed their deep concern that the spread of the COVID-19 virus in Saudi detention centres, coupled with poor prison conditions, “could endanger the lives of all detainees in Saudi Arabia, including those that are in detention for having exercised their legitimate rights and freedoms”. Furthermore, guidelines have been issued by UN experts as well as the WHO-OHCHR Interagency Standing Committee which called on all states to take immediate steps to ensure that the release of, “those detained for offences not recognized under international law”, including political prisoners, “should be prioritized”.