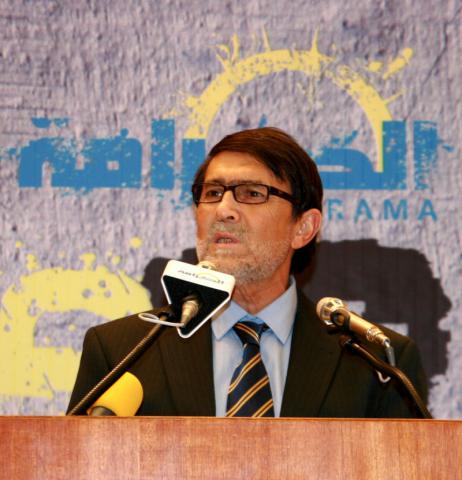 In its ruling issued on 16 December 2015, the Italian justice has, as expected, rejected the Algerian extradition request of Alkarama's Legal Director, Rachid Mesli. While noting that his activities as a human rights defender were "difficult to reconcile with those of a terrorist," the Court concluded that the Algerian accusations could as well be the result of "political persecution." As the Algerian government has not appealed this decision, Mesli is now free to travel in Italy.

The Torino Court of Appeal has rejected the Algerian government extradition request of Alkarama's Legal Director, noting that "the way the facts are presented in the international [arrest] warrant are not clear", as well as the inconsistency of Mesli's sentencing, who had been detained at Tizi Ouzou prison for nearly three years at the time of the alleged crimes.

The Algerian regime had in fact accused him of having led a terrorist organisation in 1999 in the region of Dellys (100 km east of Algiers) and to have gone underground with his co-accused, whereas he was at the time detained in Tizi-Ouzou prison. The Algerian authorities also accused him of having "provided information to terrorist groups over the phone" from Geneva and "attempted to supply these terrorist groups with cameras and phones." His two co-defendants, Khider Abdelkrim and Brahim Ladada, human rights activists in the Dellys region, were arrested and severely tortured for having communicated to Mesli by phone information on human rights abuses by the police in their region and were finally acquitted after spending three years in prison.

The judges of the Italian Court also highlighted that his sentence to 20 years in prison issued on 17 March 2004 was based solely on the confessions extracted under torture of his two co-accused, which they later retracted during their trial and that his rights to defence had been violated as the sentence was rendered in the absence of a lawyer.

It is also important to note that the Italian Court of Appeal rejected the Algerian government's guarantees not to subject Mesli to acts of persecution or torture, and that he would be entitled to a new trial. The judges considered that "the clear violations of the right to defence of the accused [...] do not allow us to give credit to these guarantees [...], all the more if we consider Mr Mesli's personal history and his activities defending, as a lawyer, the fundamental rights of detainees in Algerian prisons, since the beginning of the 1990s, as well as from abroad where he had taken refuge."

The Italian judges have also noted the publication of numerous press articles as soon as his arrest was announced as well as the numerous interventions of representatives of international human rights organisations, including the directors of the Italian and Swiss sections of Amnesty International.

In the words of the Court: "The picture that emerges from the information and elements mentioned makes it difficult to reconcile Mr Mesli's activities, who has been working for years in the defence of human rights, and who was personally subjected to imprisonment and restrictions, with those of a terrorist, as mentioned in the accusations upon which the extradition request was based; we cannot doubt that [the extradition request] can only be the result of political persecution against Mr Mesli and is not justified. For all these reasons, the Court expresses an unfavourable opinion on the extradition request put forward by the Algerian authorities regarding Rachid Mesli."

Mesli had been arrested on the Italian-Swiss border on 19 August 2015 on the basis of an international warrant issued by the Algerian authorities in April 2002. Less than a month later, the Torino Court of Appeal, recognising the importance of his work in the promotion and protection of human rights in the Arab world, and anticipating its final decision, had decided to allow him to leave Italy where he was under house arrest since 22 August.