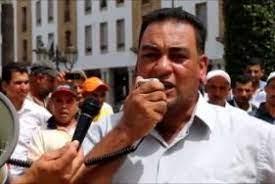 Mr. Driss Sedraoui was arrested the day after giving a speech at an event organised by a collective of women activists in honour of International Women's Day on 8 March 2021. During his speech, Sedraoui criticised the condition of women in the country and encouraged them to demand more rights. At the end of the ceremony, he returned to his home and found a summons from the police for a hearing without any specific reason.

The next day, 9 March 2021, he went to the local police station in Kenitra. Immediately arrested, Mr. Sedraoui learned that his arrest had been directly ordered by the King's Attorney General under the pretext of an alleged violation of the "state of emergency".

He was brought before the prosecutor's office, charged and placed under a detention order. His lawyers' request for provisional release was unjustly rejected and Mr. Sedraoui was kept in detention at the local prison in Kenitra pending trial.

During the legal proceedings, Mr. Sedraoui sent a letter to the Kenitra court in which he contested the various charges against him by means of various pieces of evidence (photographs, CDs, testimonies etc.). However, none of these elements were taken into account by the court and he was sentenced on 12 May 2021 to 8 months in prison and a fine of 5,000 dirhams (approximately 471 euros) for "insulting a public official", "destruction of an administrative document" and "violation of the state of emergency".

Finally, the appeal of the first instance decision has been set for 8 August 2021, one and a half months before Mr Sedraoui's scheduled release. The postponement of the appeal hearing to such a distant date clearly shows the will of the judicial authorities to keep him arbitrarily in prison for as long as possible.

On 1 July 2021, Alkarama sent an urgent appeal to the United Nations special procedures to inform them of this situation and to ask them to seize the government of Morocco.

Urgent appeal to the WGAD

Mr Sedraoui was convicted after an unfair and flawed trial. The Kenitra Court of First Instance categorically refused to hear the witnesses who attended the event of 8 March 2021 and totally ignored the evidence provided by the defence (CDs, photographs, testimonies etc.) in the proceedings.

Once again, Alkarama recalled that the judiciary in the country continues to lack independence, a shortcoming that had already been highlighted by the UN Human Rights Committee.

Mr Sedraoui's participation in a rally in honour of women's rights was considered a "violation of the state of emergency". However, according to Moroccan law, the organisation of a rally is not subject to a request for authorisation but to a prior declaration. Thus, any ban on the day of 8 March 2021 had to be notified to the organiser at least 48 hours before the event. In this case, no notification was received by the collective.

Mr Sedraoui is therefore arbitrarily detained for acts relating to the exercise of his rights guaranteed by Article 19 of the International Covenant on Civil and Political Rights, including in this case, the rights to freedom of opinion (Article 19§1), expression (Article 19§2) and association (Article 21).

It is clear that his arrest, prosecution, conviction and current detention are part of a general context of obstruction and restriction of the activities of human rights actors who express criticism of the human rights situation in Morocco.

Mr Sedraoui had already been arbitrarily arrested and detained for his peaceful human rights activism. This is his third arbitrary arrest, but this time followed by a heavy and totally unjustified sentence.