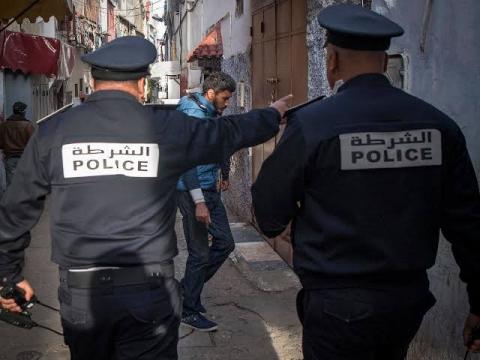 Alkarama's activity
This comes as cases of activists in Morocco have remained one of Alkarama's main concerns in recent years. On 16 November 2016, Alkarama notified the Working Group on Arbitrary Detention (WGAD) of the case of journalist Salaheddine Bassir, who was arrested in June 2015 in El-Ayoun and sentenced to prison on the basis of his coerced confession. The WGAD considered Bassir's detention to be arbitrary and called on Morocco to release him.
Bassir had been incarcerated in Ait Melloul prison, located 500 km from the town of Es Semara, where his family resides, where he is only allowed to make phone calls once a week for no more than 5 minutes. In March and May 2016, he went on two hunger strikes to protest against the violence and ill-treatment he was suffering in detention. The authorities responded by placing him in solitary confinement as punishment for speaking out against the arbitrary nature of his detention and the deplorable conditions of his detention.
The case of Salaheddine Bassir is part of the restrictions imposed by the Moroccan authorities on the activities of journalists and civil society in Western Sahara, which UN experts have repeatedly deplored, and our organisation calls on the Moroccan government to respect its international obligations and take all necessary measures to quash the evidence obtained under duress and ensure a fair trial for all.
In another similar incident, Alkarama was informed on 13 April 2008 of the arrest of Mr Asfari, a Saharawi human rights defender, by plain-clothes security agents in the city of Marrakech.
Alkarama participated in the review of Morocco before the Human Rights Council, at its thirty-sixth session, held on 21 September 2017, by submitting a report in September 2016 in which it listed its main concerns and recommendations regarding the human rights situation in the country. Through this report, Alkarama recalled the importance of respecting freedom of expression in the rule of law, and called for the implementation of the recommendations and the immediate release of all detainees to exercise their right to freedom of expression.

The UN team has issued several decisions on cases of arbitrary detention brought by Alkarama, and has called on the Moroccan authorities to release all victims without delay. We can mention here the case of Rachid Ghribi Laroussi, detained since 2003 on the basis of police reports he signed under torture. In September 2015, the Working Group called on the Moroccan authorities to release him without delay. However, the Kingdom has ignored this decision and has not implemented it so far, knowing that many other similar cases are still pending.
In February 2021, the International Criminal Police Organisation (Interpol) cancelled the arrest warrant for the prominent Moroccan-German activist, Mohamed Hajib, following appeal procedures submitted to the international body.
The Moroccan prosecutor's office had issued an international arrest warrant for Mr Hajib in connection with his activism against the Moroccan authorities. Mr Hajib had previously been arrested in Morocco, and remained in detention for 7 years, before being released on 17 February 2017, when Alkarama intervened in his case. Thanks to the UN human rights mechanisms, he returned to Germany, opened a page in his name on Facebook and started posting videos on the YouTube platform criticising the Moroccan authorities.