Morocco: Journalist Hicham Mansouri, Detained for More than 6 Months For "Complicity of Adultery" 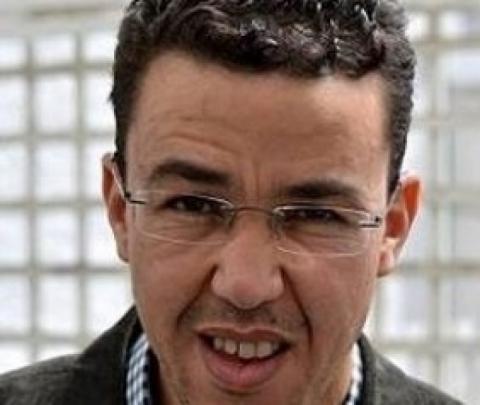 On 30 September 2015, Alkarama referred to the UN Special Rapporteur on the promotion and protection of the right to freedom of opinion and expression (FREEDEX) the case of Hicham Mansouri, a 35-year-old journalist arrested on 17 March 2015 and sentenced to 10 months in prison for "complicity of adultery".

Mansouri was arrested on 17 March 2015 by a dozen police officers from the vice squad, who forced open the front door of his residence. Having informed him of the reason for his arrest without showing an arrest warrant, the policemen stripped him naked to take pictures of him before taking him to the police station, where he was welcomed by the police's punches and insults.

During his detention, Mansouri was denied any contact with his lawyer and was questioned on subjects unrelated to the motives of his arrest, particularly on his relations with media personalities, members of the 20 February Movement, or on his activities within the Moroccan Association for Investigative Journalism (AMJI) established in February 2011, working for the protection of journalists.

On 30 March 2015, Mansouri was sentenced by the Rabat Court of First Instance to 10 months in prison and a fine of 40,000 dirham for "complicity of adultery". It is important to note that during the trial, the witnesses summoned to testify were not heard by the Court and the alleged physical evidence seized by the police was never presented to the Court. The young journalist then appealed the judgment, but on 27 May 2015, the Appeals Chamber of the Rabat Court of First Instance upheld the criminal conviction.

Mansouri is currently held in Rabat in particularly harsh conditions and has been assaulted by other prisoners. Despite the violence that has been inflicted upon him and caused significant physical injuries, he has never been examined by a doctor and has systematically been denied access to care.

The journalist's family has also been severely affected by the widely publicised case seriously undermining his reputation. No longer able to endure the criticism of their neighbours, many of his relatives were forced to leave the city.

Alkarama is concerned by Mansouri's conviction despite numerous irregularities during his trial; the journalist's right to a fair trial was seriously violated and we have strong reasons to believe that the real reasons behind the charges against him are directly related to his activities as a journalist and activism within associations for the defence of human rights such as the AMJI.

Given these facts and the inability of the victim and his family to obtain compensation in their country, Alkarama called on the Special Rapporteur on the promotion and protection of the right to freedom of opinion and expression (FREEDEX) to intervene with the Moroccan authorities asking them to immediately release Hicham Mansouri and put an immediate end to the judicial persecution he is being a victim to.