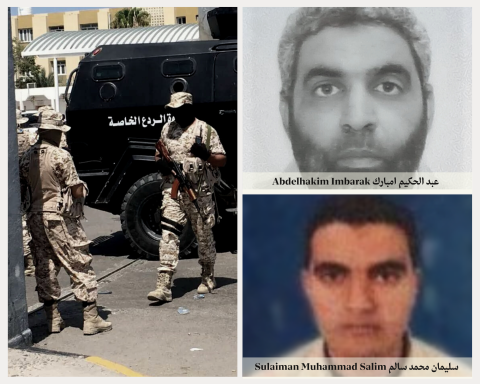 In its Opinion No. 62/2021 issued on November 17, 2021, the UN Working Group on Arbitrary Detention (WGAD) considered the deprivation of liberty of Libyan citizens, Abdelhakim Imbarak Muhammad Ali and Sulaiman Muhammad Salim Sulaiman, as arbitrary. The victims had been arrested in the course of 2016 by the Special Deterrence Forces, government-backed militias known as "RADAA", before being detained at Mitiga detention center.

Noting several violations of international human rights law, including the International Covenant on Civil and Political Rights, Alkarama submitted their case to the WGAD on 11 August 2021.

Ali was abducted by members of RADAA in the middle of the street in Ain Zara (Suburb of Tripoli), on 16 October 2016 at 10 pm. According to his friend who was with in his company while his abduction, RADAA members arrived masked and in several vehicles. Then, some of them, dressed in military uniforms and others in civilian clothes, got off the vehicle and surrounded Ali before beating him and forcing him into one of their vehicles.

Ali's relatives who went to inquire about his fate following his abduction received confirmation from informal sources that he was being held at Mitiga International Airport, placed under the control of RADAA forces.

In an official letter dated October 25, 2016, the attorney general had requested, to no avail, that the victim be brought before him for investigation or be released. Five years later, Ali has still not been presented to a judicial authority. He is currently being held in the Mitiga detention center where no physical visits are allowed.

Ali and his family still ignore the official charges that led to his arrest. However, he has informed his family that he was questioned about his trip to Gaza during the blockade while working for a humanitarian mission. While his family tried to get clarification on his case, they were unable to take further action for fear of reprisals.

Meanwhile, Sulaiman was arrested on May 16, 2016 by RADDA members while in his store located in Khallet Al Furjan (south of Tripoli). According to several testimonies, RADAA members, who arrived in several civilian vehicles, armed and with their faces masked, surrounded the store and beated Sulaiman before forcing him into one of their vehicles.

Based on their modus operandi, Sulaiman's family suspected that RADAA forces were behind the arrest. Indeed, after some research, they discovered that he was being held at Mitiga International Airport. The source also informed them that Sulaiman was accused of belonging to an "extremist religious group”.

After discovering that the victim was in detention in Mitiga, his family did everything in their power to obtain clarification of his situation. They contacted the Attorney General, who informed them that RADAA forces had been asked to present the victim for possible legal proceedings. However, the Attorney General never received a response despite his requests.

In the end, all of their efforts were in vain and they were unable to continue their search for fear of reprisals from RADAA members.

2. A detention considered arbitrary by the Working Group :

The Working Group recognized that both deprivation of liberty has no legal basis and that the Libyan authorities failed in their duty to inform the victims of the reasons for their arrest and the charges brought against them. The experts also recalled that judicial review of deprivation of liberty is a fundamental guarantee of individual liberty and is essential to ensure that detention has a legal basis.

In its Opinion, the Working Group identified several serious violations of the fair trial rights. The prolonged detention for more than five years with “no prospect of trial" constitutes, according to the experts, a “clear violation of the right to be tried without undue delay" and undermines "the presumption of innocence" guaranteed by several international instruments.

In addition, the Libyan authorities were warned against the violations of fundamental legal safeguards in detention and were called upon to respect the right of detainees to have regular contact with their relatives as well as their right to have access to a lawyer without delay upon detention.

In the case of Sulaiman, who was targeted for his religious beliefs, the Working Group noted that his deprivation of liberty is also arbitrary because it is based on discriminatory grounds.

For all these reasons, the Working Group, in its Opinion issued on November 17, 2021, qualified the deprivation of liberty of both victims as arbitrary and asked the government to submit clarifications regarding their situation in the framework of the follow-up procedure.

At the same time, the experts expressed their concern about the massive arbitrary detentions in Libya and recalled that "in certain circumstances, widespread or systematic imprisonment or other severe deprivation of liberty in violation of the rules of international law may constitute crimes against humanity”.

The experts, as highlighted by Alkarama, recognized the full responsibility of the Libyan government for the actions of RADAA under international law considering that "it is difficult to deny that Mr. Ali and Mr. Sulaiman were deprived of their liberty by State actors or by armed groups acting on behalf of or with the support, direct or indirect, consent or acquiescence of the government”. They reiterated the need for the government to "urgently address the proliferation of armed groups, including through disarmament, demobilization, and reintegration, and the building of national security forces under the command and control of the State”.