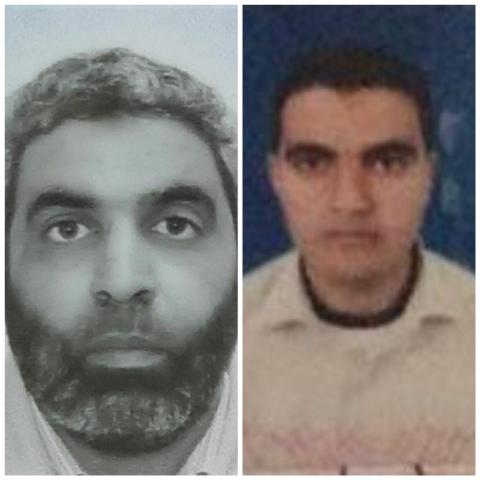 On 11 August 2021, Alkarama seized the UN Working Group on Arbitrary Detention regarding the situation of Mr Sulaiman Muhammad Salim SULAIMAN and Mr Abdelhakim Imabarak Mohammed ALI, both arrested in 2016 by the "Special Deterrence Forces" in Libya.

1. Background: The Special Deterrence Forces in Libya
The Special Deterrence Forces (also known as RADA), a militia led by Abdel Raouf Kara, is one of the main security forces in the Libyan capital, Tripoli. The RADA nominally depend on the Ministry of the Interior but in fact act autonomously. Indeed, this militia, which controls many strategic places in the capital, including mainly the Mitiga airport, is beyond the control of any judicial authority. They arbitrarily detain hundreds of people in a prison they control at Mitiga airport (west of Tripoli).
The UN has already addressed the extent of arbitrary detention in Libya1 while various human rights organisations have reported on disturbing violations committed with impunity by Libyan militias including RADA. Alkarama has also received numerous testimonies of arbitrary arrests and abductions of individuals, some of whom remain in a situation of enforced disappearance to this day.
Abdelhakim Imbarak Muhammad ALI and Sulaiman Muhammad Salim SULAIMAN are among the Libyans who have been victims of abuse by this militia.
Concerned by this recurring situation in the country, Alkarama once again called on the Working Group on Arbitrary Detention to intervene on behalf of these two victims. At the same time, Alkarama stressed the importance of placing all these militias without exception under the effective control of the government and the judiciary.

Arrest and arbitrary detention of Mr. Abdelhakim Imbarak Mohammed ALI
On 16 October 2016 at 10pm, Mr. Ali was on the street in Ain Zara with his friend when he was abducted by members of the Special Deterrence Forces.
According to Mr Ali's friend and passers-by, the RADA, masked and wearing both civilian and military clothing, arrested him without presenting a warrant and without providing reasons for the arrest. They surrounded Mr. Ali and beat him while forcing him into one of their vehicles.
After the abduction, Mr Ali's relatives went to inquire about his fate and received confirmation from informal sources that he was being held in the detention centre at Mitiga International Airport, known to be under the control of the deterrent forces.

In an official letter dated 25 October 2016, the Attorney General requested that Mr Ali be brought before him for investigation or be released. Five years later, he has still not been brought before a judicial authority. In fact, he is still being held in the Mitiga detention centre where no physical visits are allowed. His wife has only been able to communicate with him a few times through a screen.

Mr Ali and his family are still unaware of the official charges that led to his arrest. However, he informed his relatives that he was questioned about his trip to Gaza during the blockade while working for a humanitarian mission.
Although the family tried to obtain clarification of his case, they were unable to take further action for fear of reprisals.
Arrest and arbitrary detention of Mr. Sulaiman Muhammad Salim SULAIMAN
Mr. Sulaiman was arrested on 16 May 2016 by the Special Deterrence Forces at his shop located in Khallet Al Furjan.
According to several testimonies, the RADA arrived in several civilian vehicles, armed and with their faces masked. They surrounded Mr. Sulaiman's shop and beat him while forcing him into one of their vehicles. According to witnesses, the deterrent forces did not present a warrant and did not inform Mr. Sulaiman of the reasons for his arrest.
Based on their modus operandi, Mr. Sulaiman's family suspected that the deterrent forces were behind his arrest. Indeed, after some research, the family was able to discover that Mr. Sulaiman was being held at Mitiga International Airport. The source also informed them that the victim was accused of belonging to a non-Salafi religious group.
In fact, Mr. Sulaiman is still being held in the Mitiga detention centre. Since his arrest, his family has only been able to visit him five times in five years and for less than ten minutes. Only two of these five visits were face-to-face.
After discovering that Mr. Sulaiman was in detention in Mitiga, his family did everything in their power to obtain clarification of his situation.
In particular, they contacted the Attorney General who informed them that the RADA forces had been asked to present the victim for legal proceedings. However, it seems that the Attorney General never received a response despite her requests.
In the end, all their efforts were in vain and they were not able to continue their search for fear of reprisals from the deterrent forces.

2. The Working Group referred to by Alkarama
Concerned by this systematic and recurrent practice, Alkarama therefore referred the case to the Working Group on Arbitrary Detention.
The two victims were arbitrarily arrested without any warrant and without any criminal charge being brought against them. Their arrest was not carried out in accordance with the principle of legality and has no legal basis in violation of Articles 9, paragraph 1 and 2 of the International Covenant on Civil and Political Rights (ICCPR).
The two victims were arrested by RADA forces, affiliated to the Ministry of Interior, which were operating at the time with the Government of National Accord and which currently continue to operate, despite the political change and the establishment of the new government, without any legal basis or judicial control.
The two victims are being held in detention without any court order. They have been deprived of their right to challenge the lawfulness of their detention, as required by Comment No. 8 (1982) and article 9 and article 2, paragraph 3, of the Covenant, of the guarantees set out in article 9 of the Covenant, including access to an effective remedy.
They are held in prolonged arbitrary detention without charge and without access to judicial authorities. The arresting authorities have denied them all fundamental legal safeguards, including contact with their relatives or access to a lawyer.
Mr. Sulaiman's arrest was based solely on his alleged religious affiliation with a non-Salafist group. At the time of his arrest, he was only questioned about his religious beliefs. It would appear that these were the reason for his arrest.
Alkarama therefore requested that the arbitrary nature of the arrest and detention of the two victims be recognised and that they be released.

At the same time, Alkarama called on the Working Group to urge the new government to place all Libyan militias without exception, including the RADA forces, under the effective control of the government and the Attorney General, in order to avoid further violations in the future.