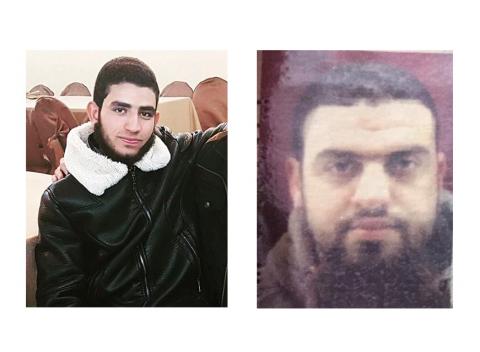 As a result of the numerous abuses to which the two men were subjected, on April 24, 2018, Alkarama requested the urgent intervention of the UN Special Rapporteur on the promotion and protection of human rights and fundamental freedoms while countering terrorism (SRCT).

Teacher and student detained by the GID

On December 22, 2017, 32-year-old computer teacher Qais Anan Mohammed Suwan was arrested in Bayader, in the Wadi Al-Seer district of Amman, by officers of the GID, who were dressed in civilian clothing and did not present a warrant.

Following his arrest, Suwan was taken to a GID detention facility, where he was severely beaten and forced to sign two blank pieces of paper. On December 24, he was brought before the State Security Prosecutor and charged with “promoting terrorism” on the basis of coerced self-incriminating confessions.

During the first week of his detention, Suwan was detained incommunicado and denied the right to contact his family or a lawyer. When his father was first able to visit him on December 29, he observed marks on Suwan’s head and face. His father reported that during his second visit, Suwan could barely stand as a result of the severe beatings he had received. Suwan had also been subjected to prolonged interrogations, food and drink deprivation and prolonged sleep deprivation lasting up to three consecutive days.

On January 22, 2018, Suwan was transferred to Muwaqqar Prison I, where he remains detained to date. His trial before the State Security Court (SSC) commenced on March 12, and during a hearing on April 2, Suwan affirmed that he was beaten and forced to sign two blank pieces of paper. However, the GID officers denied torturing him, and the judge did not open any inquiry into his torture allegations. Suwan denied all the charges and accusations against him, and the next hearing was set for April 30.

Shortly after Suwan’s arrest, on January 6, 2018, GID officers dressed in civilian clothes apprehended 19-year-old Yaseen Hasan Salim Abu Zaid in the Qadisiyah neighbourhood of Russayfah, and subsequently brought him to the local GID office. Abu Zaid was beaten, and subsequently released and told to return the following day. When he returned home, his family noticed wounds on his face and body, and he reported having been threatened by the officers that he would “never see his family again”.

After returning on January 7 and again being told to return the following day, on January 8, Abu Zaid was arrested at the GID office without any warrant, and transferred to the GID headquarters in the Jandaweel neighbourhood of Wadi Al-Seer. When his family enquired about his whereabouts, they were informed that he was accused of “promoting terrorism” and threatened not to enquire about him further.

Following his arrest, Abu Zaid was held incommunicado and in solitary confinement for 45 days, following which his family was able to visit him. To date, his lawyer has not been permitted to visit him nor to access his case file.

On April 2, Abu Zaid was transferred to Al Muwaqqar Prison I, where he is currently detained. During his last family visit, which took place on April 8, Abu Zaid reported that he was tortured for several days following his arrest, and forced to sign confessions declaring that “he had been taught terrorism by the imam of his neighbourhood’s mosque”.

Human rights violations committed in the context of countering terrorism

The arbitrary detention and torture of Suwan and Abu Zaid fall within a widespread pattern of human rights violations committed systematically by the Jordanian authorities within the context of the country’s counter-terrorism strategy.

During its review of Jordan in 2017, the United Nations Human Rights Committee expressed concern over a number of issues related to human rights violations committed in the context of countering terrorism, including violations of fair trial rights and the widespread use of torture.

The Committee also expressed concern over the country’s broad definition of terrorism as well as the scope of the jurisdiction of the SSC, a court of exception which cannot be considered competent, independent or impartial since it is composed of two military judges and one civilian judge, all of whom are appointed by the prime minister and may be dismissed at any time by executive decision.

Overall, the Committee concluded that finding a balance between human rights and security concerns remains a pressing challenge for Jordan.

As a result of the numerous violations committed throughout Suwan and Abu Zaid’s arrest and detention, on April 24, 2018, Alkarama requested that the SRCT intervene immediately with the Jordanian authorities.

Alkarama requested that the SRCT call upon the Jordanian authorities to respect fundamental human rights and freedoms while countering terrorism, and that Jordan be reminded of its obligations under the United Nations Convention against Torture, namely that all statements made and signed under torture should not be invoked as evidence in any proceedings.