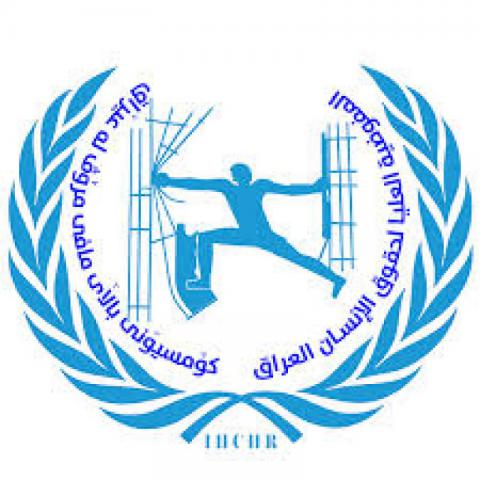 On 19 December 2014 Alkarama – together with the Association of Human Rights Defenders in Iraq (AHRDI), the General Federation of Iraqi Women (GFIW), the Human Rights Division at the Association of Muslims Scholars in Iraq, the Iraqi Commission for Human Rights (ICHR), and the Organisation for Justice & Democracy in Iraq (OJDI) – sent a joint report to the Sub Committee on Accreditation (SCA) of the International Coordinating Committee of National Institutions for the Promotion and Protection of Human Rights (ICC-NHRI) in view of its review of the Iraqi High Commission for Human Rights (IHCHR) at its next session on 16-20 March 2015. Calling the IHCHR an "empty box", they call upon the Sub-Committee to give it the "C" status to mark the Iraqi national human rights institution's non-compliance with international human rights standards.

Through its Sub Committee on Accreditation (SCA), the International Coordinating Committee reviews and accredits National Human Rights Institutions (NHRIs) on the basis of the Paris Principles, a set of international standards that details and frames the work of NHRIs, in order to ensure their pluralist representation of society and their independence from government, and reviews the scope of their mandate in order to ensure that they effectively promote and protect human rights.

Foreseen as an independent institution in the 2005 Iraqi Constitution and formally established by law in 2008, the Iraqi Commission for Human Rights (IHCHR) was created in April 2012. However, during the appointment of its 15 members, political pressure and interference both from the government and political parties strongly influenced the choice of commissioners who were selected on the basis of their political affiliation rather than their human rights competencies. Being composed of members from opposing factions and government affiliates, not only does the IHCHR currently lacks the necessary guarantees of independence, but is also subject to frequent internal disagreements which often lead to deadlocks on numerous human rights issues.

Moreover, in spite of the allocation of substantive funds, the IHCHR lacks a permanent structure and regional offices enabling its smooth functioning. Accessibility to the public is, in fact, particularly important for the most vulnerable sections of society who encounter numerous difficulties in bringing the IHCHR's attention to serious human rights violations. In the case of Iraq, where vulnerable persons such as minorities are often located in geographically remote parts of the country, the absence of IHCHR regional offices constitutes a major problem. At the same time, civil society organisations report that they cannot easily access the IHCHR and that cases of human rights violations they reported are not even considered.

Another main issue is that, instead of transferring to the judicial authorities the complaints it receives from Iraqi citizens on violations committed in detention centres, the IHCHR refers them to the Ministry of Justice for Investigation and the Ministry of Interior, whose agents are often responsible for those violations. Moreover, amongst the IHCHR' priority work areas, major human rights issues widely documented by local and international civil society organisations – such as the widespread violations of fair trial guarantees and the systematic use of torture and summary executions – are not covered by the IHCHR.

It can also reasonably be said that, in contradiction with international standards and national law establishing it, the IHCHR's work is not free from interference from the government. For instance, visits to prisons and detention centres have never been carried out without prior permission from the relevant Ministry and under its previously set conditions, which include the obligation for visits to be carried out with the presence of a representative of the concerned Ministry. Moreover, the IHCHR's work is impeded both by the Iraqi Ministry for Human Rights, which should have been abolished with the establishment of the IHCHR and by pro-governmental militias, which interfere with the activities of civil society organisations and repress all forms of dissent. As a result, the IHCHR cannot freely denounce human rights violations committed by non-state armed groups, due to their fear of reprisals by those non-state actors.

Finally, the work of the IHCHR is rather opaque, as recommendations, if issued, are not made public, and its recently established website contains general and limited information, as does the only annual report they publish. Online information about the IHCHR's activities includes a summary account of the commissioners' travels, but is clearly not enough to ensure full public accountability, as it is reported that some commissioners would take the occasion of a scheduled training abroad for instead travelling on their own.

For all these shortcomings, the report denounces that "Iraqi national institution for human rights is an empty box, which is far from being an independent and effective national institution for the protection and promotion of human rights at the national level," and demands that the IHCHR be awarded a "C" status, in recognition of its lack of compliance with the Paris Principles.