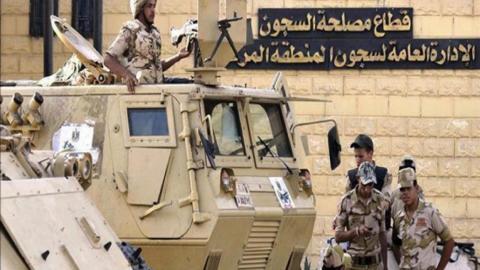 A number of United Nations experts in the field of human rights(*) said that Egypt uses special judicial services involved in terrorism cases to target human rights defenders, silence dissidents and detain activists despite the Covid-19 pandemic.
In a joint statement, the experts expressed their concern on the one hand at the accusations of involvement in terrorist activities against human rights defenders and activists of civil society organizations and on the other hand, their detention in the midst of a pandemic, as a form of de facto punishment, gravely endangering their right to life and the right to be free from torture, inhuman and degrading treatment.”
Alkarama has followed numerous cases of arbitrary arrests, enforced disappearances, torture and ill-treatment in the prisons of the Egyptian regime, which have increased alarmingly since the military coup of July 3, 2013, led by the general Abdel Fattah Al-Sisi.
Alkarama has corresponded with United Nations special procedures, and previously warned of the risk of enforcing death sentences in trials with unfair standards, so UN experts urged the regime to treat the cases with dignity, but the Egyptian regime continued to pronounce more executions by relying on the justice system.
More recently, the Egyptian government has ordered collective death executions against political opponents in unfair trials, prompting UN human rights experts to infer that special chambers of the courts, created at the end of 2013, fundamentally violated individual rights and violated the right to a fair trial. They added that these courts were part of a larger approach in which legislation and mechanisms relating to terrorism and national security were used as tools to punish and silence legitimate criticism and other forms of expression in Egypt.The statement issued by the experts indicated that such targeting, despite the reasons given related to national security, undermined and did not promote security and human rights.
According to experts, these courts violate many international human rights rules, thereby,  mass trials undermine the right to individual prosecution and access to lawyers. Lawyers have the right to fully and effectively defend their clients. They argued that holding trials in the offices of the Interior Ministry undermined the right to openness and transparency in the judicial process.
Independent UN experts have declared that " The sentencing in absentia of Bahey El-Din Hassan, well recognized human rights defender and director of the Cairo Institute for Human Rights Studies, to 15 years in prison for his human rights activities including posting critical Tweets, is shocking. ” as a punishment for its cooperation with the United Nations.Experts said that Egypt has a special duty to respect human rights, as it co-chairs the periodic review of the United Nations counter-terrorism strategy.
The strategy requires States to fulfill their human rights obligations by stepping up their efforts in the fight against terrorism.
The experts concluded their statement by saying: "It is important that the country leading the United Nations International Counter-Terrorism Strategy Review upholds the highest standards of human rights protection at the national level in first, while urging other countries to do the same. "