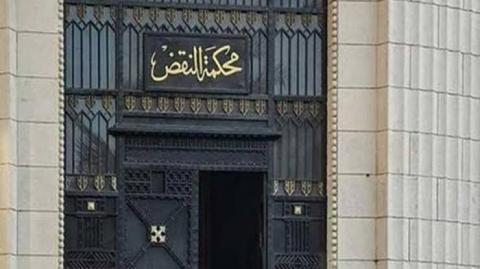 Alkarama expresses its shock and deep concern regarding the Egyptian Court of Cassation's decision on the death sentences handed down onto 12 individuals. These individuals are leaders of the "Muslim Brotherhood" group in Egypt, arrested in the Rabaa sit-in case in 2013, after prolonged arbitrary proceedings and trials lacking essential guarantees of justice. Alkarama has followed this case closely and has submitted several procedures at the UN level.
Human rights organisations and press sources reported that the Court of Cassation confirmed the death sentences of 12 defendants, including Safwat Hegazy, Mohamed El Beltagy Eissam El-Aryan and Abdel Rahman al-Bar, noting that the appeal had expired for Eissam El-Aryan  due to his death, while the court decided to reduce the sentences of 31 other defendants from execution to life imprisonment.
While Egyptian courts have not seen the conviction of any security or military officials for the killings of protesters in Rabaa and Al-Nahda, the Egyptian Criminal Court sentenced 75 supporters of the late president Mohamed Morsi to death in 2018, and the court's sentences included 15 years imprisonment for 374 supporters and 10 years imprisonment for one defendant, Osama Morsi (son of the late president), and 5 years for 215 defendants, while the court upheld the sentence of life imprisonment (25 years) for 47 defendants in the case, headed by the group's leader, Mohamed Badie.

Alkarama's actions
In early February 2018, Alkarama was informed that 15 leaders of Egypt's Muslim Brotherhood opposition movement had been arrested following coordinated efforts by the state security services. Among the key figures from the "Muslim Brotherhood" group who were arrested were three prominent figures including Dr Mahmoud Ezzat, Dr Eissam El-Aryan and Dr Abdel-Rahman Al-Bar, among others.
On 18 May 2015, Alkarama submitted an urgent appeal to the Special Rapporteur on Extrajudicial, Summary or Arbitrary Executions regarding the death sentence of the late President Morsi, as well as 105 others in the case of the "Wadi al-Natrun prison escape" in 2011. The ruling came despite the decision of the UN Working Group on Arbitrary Detention, which called for his release, saying that "depriving Morsi and his advisors of their freedom is arbitrary."
The decision followed a complaint filed by Alkarama on 10 July 2013, in which it explained that the detention of Morsi and his advisors was not only a violation of their right to liberty and security, but also a violation of fair trial procedures, and called for the intervention of the UN team to protect them from torture and secure their release.
Morsi and a group of his advisors were sentenced to 20 years in prison in April 2015 in the case known in the media as the "Etihadiya events", and the Cairo Criminal Court sentenced him to death in this new case, despite numerous violations of judicial procedures, the same judgment it passed on 105 others in the same case, including Muhammad Badie, the senior leader of the Muslim Brotherhood, Mohamed El Beltagymmad al-Beltagy, Secretary General of the Justice and Freedom Party, and Safwat Hegazy.
Among those whose death sentences were upheld by the Court of Cassation was political opponent and Muslim Brotherhood leader Dr Eissam El-Aryan , whose death was announced on 13 August 2020, while in custody at the infamous Aqrab prison, following a heart attack.
Eissam El-Aryan was arrested on 30 October 2013, in the aftermath of the military coup led by the Egyptian army under Abdel Fattah Al-Sisi, and numerous charges were brought against him, and unjust sentences were handed down to him, including life imprisonment, after trials lacking fair standards of justice. Alkarama has followed some of the violations he suffered under other leaders including former President Hosni Mubarak.

The death row inmates were accused of killing police officers during the dispersal of the Rab'a and al-Nahda sit-ins on 14 August 2013, which claimed the lives of around 1,000 protesters, for which no official has been investigated. On 11 October 2013, Alkarama filed a complaint with the UN Special Rapporteur on Extrajudicial Executions regarding the killing of 985 protesters by the army and security forces during the authorities' dispersal of the sit-in in Rabaa Al-Adawiya Square, noting that the army and police forces used live ammunition at the time and fired indiscriminately and intensely with the aim of killing, without any direct threat from the protesters. Alkarama has repeatedly warned of the dangers of impunity for the killings of protesters, arbitrary arrests and torture in Egypt, while UN bodies have demanded that those responsible for the killings of protesters be held accountable, to no avail.
The authorities that emerged from the events of the military coup in Egypt not only repressed the leaders of the political opposition, but also retaliated against the relatives of the victims. In this context, Alkarama sent an urgent appeal to the UN Working Group on Enforced or Involuntary Disappearances on 24 September 2015 regarding the disappearance of 17-year-old Khaled Mohamed El Beltagy after his abduction by Egyptian "security forces" on 22 September 2015. This is the second time he has been abducted and held in secret in less than a year.