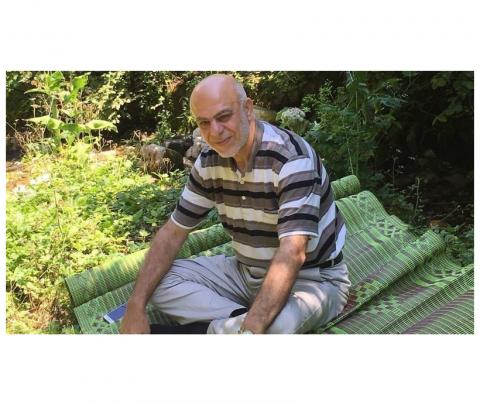 Alkarama had previously brought his case before the UN Working Group on Arbitrary Detention to call for his immediate release. Despite the UN intervention which sent a letter to the Jordanian authorities on October 16, 2018, he has not been released and continues to be detained in Muwaqqar II prison. His family remains particularly concerned over Al Wahwah’s health in detention, fearing a deterioration in his condition as he is not receiving appropriate medical care in prison.

Al Wahwah, a father of six and leading member of Hizb Ut Tahrir in Australia, was arrested on July 25, 2018, upon his arrival at Queen Alia International Airport in Amman. He had travelled from his home in Sydney, Australia with his wife to visit family and friends in Jordan. Al Wahwah was taken to the Jordanian General Intelligence Directorate (GID)’s headquarters where he was detained incommunicado until August 3, 2018.

During this period, the GID and the State Security Court’s prosecutor questioned him over his social media activity while in Australia, most notably in relation to two Facebook posts in which he criticised the Jordanian government. He was also interrogated over his role within Hizb Ut Tahrir, a transnational Islamic religious-political organisation which is banned in Jordan.

It is only on October 22 – almost three months after his arrest – that Al Wahwah was officially brought before the State Security Court prosecutor who officially informed him of the charges held against him, including “incitement against the political regime”, “insulting the king” and “belonging to an unlawful movement”.

On January 15, 2019, the State Security Court judge, Mohammad Al Afeefy, sentenced Al Wahwah to two years in prison with a one-year suspended sentence. He was solely sentenced for “incitement against the political regime” for his Facebook post on the basis of article 149 of the Penal Code.

Alkarama believes that Al Wahwah’s arbitrary detention and the resulting violations to his fundamental rights are a consequence of his perceived political affiliation. Indeed, he was merely sentenced for having peacefully expressed criticism on social media abroad on the basis of article 149 of the Penal Code. This provision criminalises acts that would “encourage the contestation of the political system” or “aim at changing the fundamental structure of society” and has been systematically used to crackdown on peaceful dissent.

In Jordan, both the GID and the State Security Court occupy a central role in the repression established by the authorities to suppress any dissident voice, by means of systematic judicial harassment.

Furthermore, Alkarama is extremely concerned over the fact that the proceedings took place before the SSC, and that the proceedings did in no way not meet fair trial standards. We recall that this special court is composed of two military judges and one civilian judge, it is directly subordinated to the executive branch, and its members are directly appointed by the prime minister and can be replaced at any time by an executive decision.