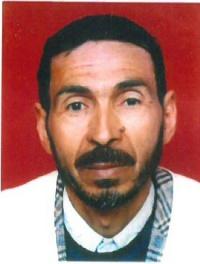 During the 130th session held between 12 October and 6 November 2020, the United Nations (UN) Human Rights Committee recognized Algeria's responsibility for the enforced disappearance of former National Liberation Army (NLA) officer Sadek Rsiwi, who was arrested in Ghardaïa in 1996 by soldiers and has been missing ever since.
On 7 September 2016, the Human Rights Committee was seized by Alkarama regarding the enforced disappearance of Sadek Rsiwi.
The former NLA officer, solicited by the military for his skills and his excellent knowledge of the region, was abducted from his home in early March 1996 by soldiers from the military sector of Ghardaïa who arrived in several official vehicles. The victim had refused to enlist at the head of a local militia to support the work of the security services.
The wife of the former officer was able to meet with her husband only twice, on March 17 and 18, 1996, during which she was able to bring him medication to treat the diabetes he was suffering from. On the third visit, she was informed of his transfer to Ouargla. When she went there, the authorities informed her that Sadek Rsiwi had never been registered there. Upon her return to the military sector in Ghardaïa, the wife was once again faced with denial by the military, who ordered her not to return. Since then, the wife has had no news of him.
From letters addressed to the commanders of the military sectors of Ouargla and Ghardaïa to letters addressed to the Ministers of Defense and Justice, passing through the prosecutor and the President of the Republic, all efforts to contact the judicial and administrative institutions to obtain information on the fate of the victim have been in vain.
Having been unable to be heard for lack of an effective remedy, the wife of the victim mandated Alkarama to shed light on the enforced disappearance of Sadek Rsiwi.
On 7 September 2016, the UN Human Rights Committee was seized by Alkarama.

Decision of the UN Human Rights Committee
The Committee ruled in favor of the Rsiwi family, recognizing the responsibility of the Algerian authorities in the enforced disappearance of Sadek Rsiwi. With its decision, the Committee urged Algeria to "conduct without delay an effective, thorough, rigorous, independent, impartial and transparent investigation into the disappearance" and to inform the family of the results of the investigation. The Committee called for the immediate release of the victim in case he is still being held incommunicado or the handover of his remains to his family in the event of his death.
The Committee demanded that the authorities try those responsible for the violations committed against the victim, despite Ordinance No. 06-01 implementing the Charter for Peace and National Reconciliation, which amnesty the crimes of security agents during the 1990s. The Committee reaffirmed that Algeria is committing serious human rights violations by failing to repeal the provisions of the said ordinance, which are contrary to the provisions of the International Covenant on Civil and Political Rights (ICCPR).
Through its accession to the ICCPR and the Optional Protocol, Algeria "has undertaken to guarantee to all individuals within its territory and subject to its jurisdiction the rights recognized in the Covenant, and to provide an effective and enforceable remedy when a violation has been established", the Committee recalled.
The Algerian authorities have six months to give effect to the decisions taken and to inform the Committee of the measures taken to this effect. As part of the follow-up procedure instituted by the UN body for individual complaints, Alkarama will attach particular importance to the implementation of this decision in order to ensure that the rights of the victim and his relatives and their dignity are finally restored.