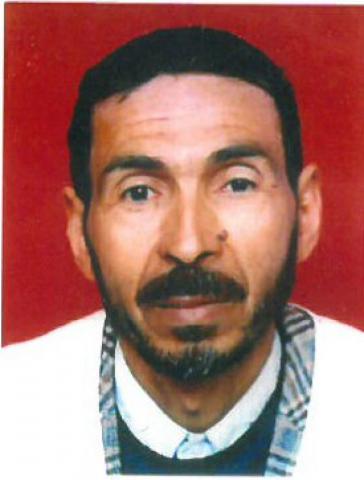 On 7 September 2016, Alkarama submitted to the United Nations Human Rights Committee (HRCttee) the case of Sadek Rsiwi, a veteran of the National Liberation Army (ALN) and father of eight children, who disappeared in 1996 after refusing to take the lead of a local militia at the request of the Intelligence and Security Services (DRS), thus refusing to get involved in the civil war that followed the January 1992 military coup.

In early March 1996, Sadek Rsiwi was arrested by armed men at his home in Ghardaïa and taken to the city's military sector in an official vehicle. On 17 and 18 March, his wife and son were able to visit him at the barracks of Ghardaïa where he was unlawfully detained and to bring him clothes, food and medicine. On their next attempt, however, the military informed them that Rsiwi had been "transferred to Ouargla," the headquarters of the 4th Military Region. His wife immediately went there to inquire about his fate but she was told that he had "never been registered." She then returned to Ghardaïa where an officered ordered her not to return and threatened her with reprisals if she continued to ask about her husband's fate.

Since then, the authorities have consistently refused to inform Rsiwi's family of his whereabouts and to respond to their numerous efforts. All letters sent by his wife to judicial and administrative institutions to obtain information on his situation remained unanswered. She had notably written to the commanders of the Ghardaïa and Ouargla's military sectors before seizing the President of the Republic, though always in vain. Her complaints and steps towards the Attorney General of Ghardaïa, like her calls for help to the National Human Rights Observatory (ONDH) and the Ombudsman, also remained unanswered.

On 16 March 2012, the National Commission for the Protection and Promotion of Human Rights (CNCPPDH), created to replace the ONDH, sent a letter to Rsiwi's wife informing her that, given the research allegedly carried out by the police forces of Ghardaïa, Rsiwi had "never been arrested by the security services."

Between 1992 and 1998, the civil war has made more than 150,000 dead and between 8,000 and 20,000 disappeared directly imputable to the Algerian security forces, including the police and the National Popular Army (ANP). As part of the "national reconciliation" process, the Algerian authorities have issued an ordinance that gives total impunity to the perpetrators of crimes committed during these events and have always refused to shed light on the fate of the missing victims.

Alkarama was mandated by Sadek Rsiwi's family to submit his case to the UN Human Rights Committee so that the Algerian authorities shed light on his disappearance and his relatives finally be taught the truth about his fate.