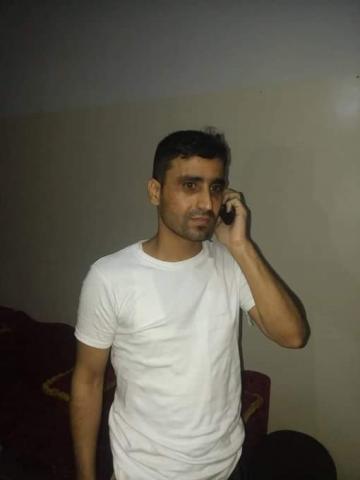 The Houthi authorities released the Yemeni journalist, Salah al-Qaidi who was detained in the Political Security prison in the capital, Sanaa, after years of arbitrary detention, torture, and ill-treatment.
On October 29, 2015, Alkarama made an urgent appeal to the United Nations Working Group on Arbitrary Detention and an urgent appeal to the United Nations Working Group on Enforced or Involuntary Disappearances regarding the kidnapping of journalist Salah Mohamed Ahmed Al Qadi, in Sana'a, by the Ali Saleh and the Houthi coalition forces.
In August 2015, armed men in civilian and military clothes kidnapped 29-year-old Salah, from a real estate office in the property of one of his relatives, located on Sittin Street, Sana’a. They also kidnapped seven other men who were at the scene. They were later released, while al-Qaidi was transferred to Al-Jadiri Police Station in Sana'a, where he was held there for a while, before being transferred to Habra Prison and then the Political Security Prison. All these detention facilities are under the authority of the Houthis.
Al-Qaidi’s family reported that he had been subjected to torture and ill-treatment, including severe beatings and depriving of food and water. The family was prevented from visiting him after they published news about his torture in the media. Al-Qaidi remained subject to enforced disappearance for a long time before the family was again allowed to visit him.
After years of suffering and inhumane conditions of detention, the journalist Al-Qaidi was referred to trial with other journalists before the Houthi Specialized Criminal Court which sentenced four of them to death and decided to release Al-Qaidi due to his deteriorating health.
Alkarama’s Legal Director, Lawyer Rachid Mesli, expressed his deep concern "at the unprecedented repression of Yemeni journalists and activists in the almost complete absence of a fair judiciary system in the country as well as means of redress that victims and / or their relatives can take to obtain legal protection ".
Mesli stressed that "protecting the freedom of the press is everyone's duty. Because without independent reports, it is impossible to ensure accountability of those in power and their violations may take place without anyone reporting them." He also added that "all parties to the conflict in Yemen must carry out their responsibilities under international humanitarian law and international human rights law and treat people in the areas under their control humanely.”