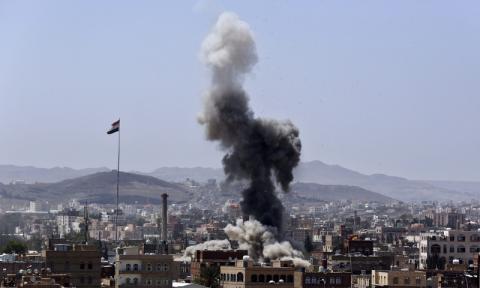 On 27 October 2015, Alkarama sent a communication to the United Nations Special Rapporteur on extrajudicial, summary or arbitrary executions (SR SUMX) on behalf of the Al Salwi family, whose house was hit in September 2015 by a Saudi-led Coalition airstrike, which killed one family member, a teenage girl, and injured 10 others.

On 9 September 2015, at 5:45pm, an airstrike conducted by the Saudi-led Coalition hit the Al Salwi's house in the Haddah neighbourhood of the capital city of Sana'a, killing 16-year-old student Amal Abdulrazak Abdullah Mohamed Al Salwi and injuring 10 other family members. The attack, which allegedly targeted the neighbouring house of Houthi-Saleh coalition affiliate Mohamed Al Dura, was part of a series of airstrikes conducted that day in the Haddah neighbourhood, targeting sites controlled by the Houthi-Saleh Coalition.

By targeting civilian areas, the Saudi-led Coalition disrespected international humanitarian law – the law applicable to armed conflicts − which prohibits attacks against civilian targets. According to official sources, the unlawful attack injured all together at least 22 people including the Al Salwi family, most of them women and children.

"The Saudi-led coalition strikes are causing a considerable number of civilian casualties in Yemen and those who survive are severely wounded and do not even have proper access to medical help," said Radidja Nemar, Regional Legal Officer for the Gulf at Alkarama. "Yemeni civilians are put in a dire situation caused by a constant disregard for fundamental rules of humanitarian law such as the prohibition of targeting civilian and residential areas".

In view of these facts, Alkarama seized the SR SUMX, requesting him to call upon the Saudi authorities to reconsider their policy on airstrikes, especially by prohibiting attacks in civilian areas, as well as to open an investigation into the attacks committed on September 9 and to provide compensation to the Al Salwi family.