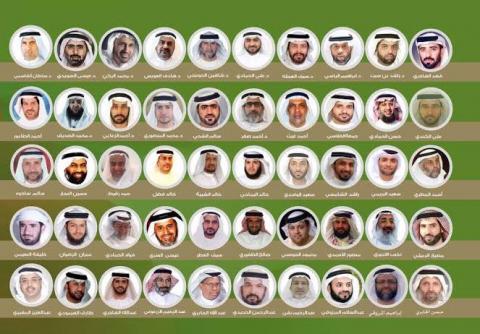 The Special Rapporteur on the situation of human rights defenders, Mary Lawlor, has called on the UAE to immediately release five human rights defenders imprisoned since 2013, referring to allegations of torture, ill-treatment and unfair trials.
In a statement, the UN human rights expert called on the UAE authorities to immediately release Mohammed Al-Mansoori, Hassan Mohammed Al-Hammad, Hadif Rashid Abdullah Al-Owais, Ali Saeed Al-Kindi and Salim Hamdoun Al-Shehhi who are part of the so-called "Emirates 94" group.   This group includes lawyers, human rights defenders, and academics who were sentenced to 10 years in prison in July 2013 for "conspiring to overthrow the government!"
The Special Rapporteur said, "their sentences were extremely harsh and their detention was considered arbitrary according to the UN Working Group on Arbitrary Detention. They should never have been arrested in the first place for their legitimate exercise of the freedoms to which everyone is entitled." According to the Special Rapporteur, the proceedings against the five human rights defenders began as part of an escalating campaign by the UAE authorities against individuals and organizations calling for peaceful political reform.

Unfair trials and torture
The Special Rapporteur said the conditions of their trials may have violated their right to a fair trial by denying or limiting their access to a lawyer, including during the investigation.
Mary Lawlor said: "I call on the UAE authorities to release these human rights defenders so that they can continue their meaningful and necessary human rights work. She added that there are "disturbing" allegations that they have been subjected to prolonged periods of solitary confinement, which may amount to torture.
Other allegations include authorities turning off air conditioners when temperatures exceed 40 degrees Celsius, covering windows, and preventing detainees from seeing sunlight.
The UN expert, who contacted the UAE authorities on this matter, expressed her deep concern about their prolonged imprisonment and urged the government to release them immediately.

Alkarama's activity
For its part, Alkarama has been following the cases of prisoners of conscience and persecution of human rights defenders in the UAE for years, and has submitted individual complaints concerning many of them to the United Nations Special Procedures. Alkarama has also alerted the Human Rights Council to the repression of human rights defenders in the context of the UAE's Universal Periodic Review reports. Alkarama has also engaged in extensive human rights campaigns to push the international community to pressure the UAE to end the series of repressions and persecutions of political activists and human rights defenders.
In light of the complaints submitted by Alkarama and other organizations, the United Nations Working Group on Arbitrary Detention, in its Resolution No. 60/2013, dated 9 September 2013, regarding these detainees, concluded that the charges against them fall within the rights to freedom of expression, stressing that the restrictions imposed on these rights could not be considered proportionate and justified in this case. Bearing in mind that the above-mentioned individuals were placed in solitary confinement without any legal justification after their arrest, and that the charges brought against them at a later stage were vague and inaccurate. The UN team considered the violations of the right to freedom of opinion and expression and the right to a fair trial in this case to be serious.