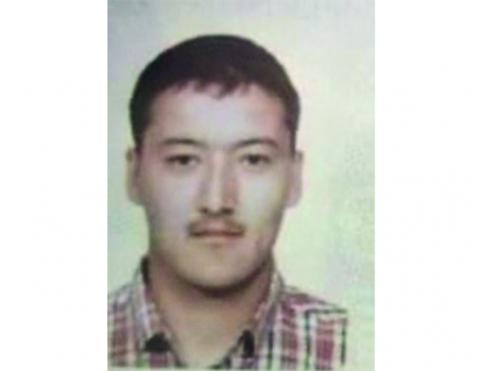 (Geneva, October 3, 2018) – Alkarama has requested the urgent intervention of the UN Working Group on Enforced or Involuntary Disappearances (WGEID) in the case of Abudujilili Supi, a Uighur from Xinjiang, China, who remains missing since his arrest in the UAE on September 21, 2018.

Supi has lived with his wife in the UAE since 2017. In March 2018, he was hired as a Muezzin – a crier who summons Muslims to pray – by the Ministry of Islamic Affairs.

On September 21, Supi performed the afternoon call for prayer at Abdullah Bin Rawahah Mosque in in the Emirate of Al Sharjah. Upon leaving at around 5 p.m., he was arrested in front of the mosque by four men wearing civilian clothes. He was then forced into a car and taken to an unknown location. His fate and whereabouts remain unknown to date.

Uighurs trapped in the UAE’s criminal justice system do not have access to legal representation, because local lawyers refuse to take-up their cases out of fear of reprisals for their involvement in politically sensitive cases. In addition, the Chinese government does not offer consular services to Uighur prisoners.

Sources close to the victim worry that he is at risk of being sent back to China where, as a Uighur, there are substantial grounds to believe that he may be subjected to torture. As such, his deportation would constitute a violation of the UAE’s obligations regarding non-refoulement under the UN Convention against Torture (UNCAT).

In 2014, the Chinese authorities commenced the “Strike Hard Campaign against Violent Terrorism” against Turkic Muslim ethnic minorities in the Xinjiang region, aimed at eradicating any challenges to “state security, ethnic unity, and social stability”. This resulted in a crackdown on the peaceful exercise of the right to freedom of thought, conscience and religion as well as freedom of opinion and expression in the Xinjiang region.

In the framework of the campaign, members of the Uighur minority are systematically persecuted, including through being arbitrarily detained and sent to so-called “re-education camps”, where they are forced to denounce their religious beliefs and pledge their allegiance to the ruling communist party. Former camp inmates have reported being subjected to methods of torture such as waterboarding, prolonged physical restraint and sleep deprivation. Numerous deaths have been reported within the camps.

In light of these facts, on September 27, Alkarama requested the urgent intervention of the WGEID to call on the Emirati authorities to immediately release Supi or, at the very least, to bring him under the protection of the law and inform his relatives of his fate and whereabouts.