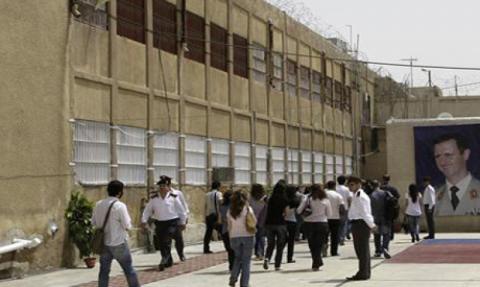 Ammar Tellawi, a 36-year-old peaceful activist and PhD student at Damascus University disappeared in July 2014 from Adra prison where he was detained. After family visits were denied, Ammar was transferred to another unknown location, and the prison administration refused to give his relatives any information on his fate and whereabouts. Therefore, on 22 April 2016 Alkarama seized the United Nations Working Group on Enforced or Involuntary Disappearances (WGEID), in the hope that it will help shed light on his whereabouts.

A peaceful activist against the regime of Bashar Al Assad, Ammar was arrested on 9 December 2006 by the Syrian Military Intelligence in Damascus. After having been secretly detained for more than a year, his family learned that he was detained in Branch 235 of the Military Intelligence in Damascus, also known as the “Palestine Branch”, where torture is systematically practiced against detainees.

Charged with “association established in order to change the social character of the State by terrorist means”, a crime under article 306 of the Syrian Penal Code, on 30 January 2011, he was sentenced to 15 years of imprisonment by the Supreme State Security Court, following a heavily flawed trial. In November 2014, following Alkarama’s submission, the UN Working Group on Arbitrary Detention (WGAD) qualified his detention as “arbitrary” (Opinion No. 36/2014) and called upon his immediate release. The WGAD noted that his fair trial rights were disrespected and that he was tortured so heavily – in particular placed in solitary confinement, beaten up, electrocuted, food deprived and subjected to mock executions multiple times – that it caused temporary memory loss and a unilateral left-hearing loss.

In July 2014, Ammar Tellawi’s family was suddenly prohibited from visiting him in Adra prison, and he was subsequently transferred to an unknown location. In August 2014, Ammar’s sister asked the International Committee of the Red Cross (ICRC) to bring him a pair of glasses in the new unknown detention centre, but the ICRC could not locate him. The subsequent requests the family issued in order to locate him have always been denied by the authorities.

“Not only Syrian authorities have not complied with the WGAD’s Opinion calling for Ammar’s release, now they are even subjecting him to enforced disappearance. This is unacceptable,” commented Rachid Mesli, Legal Director at Alkarama, “Carried out in a widespread and systematic way, enforced disappearances in Syria amount to a war crime and a crime against humanity. This must be brought to an end immediately.”