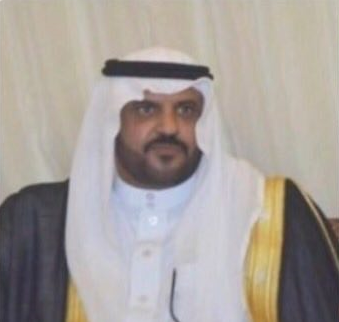 On 24 May 2017, prominent human rights defender and co-founder of the Union for Human Rights, Mohamed Al Otaibi, was arrested at Doha International Airport while on his way to Norway. On 28 May 2017, he was extradited from Qatar to Saudi Arabia. Al Otaibi had fled to Qatar in March 2017 to escape prosecution for his peaceful activism and seek political asylum in Norway, which had granted him travel documents to allow him to apply for refugee status upon arrival. Al Otaibi is currently detained at Dammam prison in Saudi Arabia and his next hearing before the Specialised Criminal Court for charges such as “establishing an illegal organisation” and “harming the reputation of the State and its institution” will be held on 12 July 2017.

Alkarama has been following Al Otaibi’s case since 2009 when he was arrested by Saudi authorities for having attempted to participate in a demonstration against the Israeli aggression in Gaza. Al Otaibi was detained without charge and without any legal proceedings for three years. Alkarama submitted his case to the Working Group on Arbitrary Detention (WGAD) which then issued Opinion 33/2011 declaring Al Otaibi’s detention arbitrary. However, despite the WGAD’s opinion, Al Otaibi was only released in June 2012.

Having initially solicited his urgent intervention in November 2016, Alkarama communicated the newly emerged information to the Special Rapporteur on the situation of human rights defenders (SRHRD), urging him to call on the Saudi authorities to refrain from prosecuting Al Otaibi, who stands trial along with Abdullah Al Atawi for his peaceful activism under the guise of countering terrorism.

Indeed, both human rights defenders are being prosecuted before the Specialised Criminal Court, an exceptional jurisdiction competent over matters of terrorism. The court, known for its lack of respect for international fair trial guarantees, has been most notably accused of admitting into evidence confessions extracted under torture. In May 2017, after conducting his visit to Saudi Arabia, the Special Rapporteur on the promotion and protection of human rights and fundamental freedoms while countering terrorism (SRCT) expressed his concern over the use in Saudi Arabia of “the counter-terrorism law and other national security provisions against human rights defenders.”

In extraditing Al Otaibi to Saudi Arabia, Qatar which will be reviewed by the Committee against Torture in April 2018, has exposed him to the certainty of an unfair trial but has also breached article 3 of the Convention against Torture (UNCAT) which prohibits the extradition of any individual to “another State where there are substantial grounds for believing that he would be in danger of being subjected to torture.” According to a number of cases documented by Alkarama, human rights defenders and other individuals freely and peacefully exercising their right to freedom of expression have been subjected to torture in Saudi Arabia. It is therefore highly likely, especially since Al Otaibi had fled the country and attracted international attention to his case, that he could be subjected to torture as a form of punishment and reprisal. Alkarama would like to note that, as highlighted by UN special mandate holders, torture does not need to be physical and acts such as prolonged incommunicado detention or prolonged solitary confinement are considered as amounting to torture.