Saudi Arabia: The UN Special Rapporteur on Torture is seized of the cases of two Uyghurs, Mr Waili AIMOUDOULA and Mr Ruze NUERMAIMAITI, threatened with extradition to China 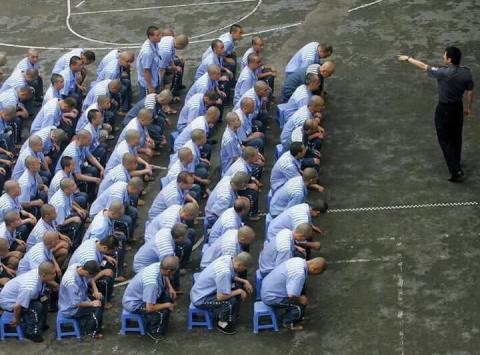 On 13 January 2022, Alkarama addressed the UN Special Rapporteur on Torture to ask him to urgently intervene with the Saudi authorities to urge them not to extradite to China, Mr. Waili AIMOUDOULA and Mr. Ruze NUERMAIMAITI, Uyghurs of the Muslim faith, who were arrested in Mecca by the Saudi police on 20 November 2020.

Mr. Waili AIMIDOULA and Mr. Ruze NUERMAIMAITI traveled to Saudi Arabia on February 2, 2020 to perform the "Umrah" (Islamic pilgrimage to Mecca) but could not return to Istanbul where they live with their families due to the COVID-19 epidemic. On November 20, 2020, Saudi police officers railed the house they were staying in Makkah and arrested them without providing any details about the reasons for their arrests.

To this day, the two victims, who are being held incommunicado in Dhahban Central Prison in Jeddah (western Mekkah), remain unaware of the charges against them.

On January 3, 2022, the Saudi authorities finally informed them that they would be extradited to China without providing them any explanation. Informed by a member of the Uyghur community in Saudi Arabia, Mr. Aimidoula's relatives contacted a lawyer in Istanbul who tried, in vain, to find out the reasons for his arrest and whether there were any legal proceedings underway, including extradition, at the Saudi embassy in Ankara.

At present, the two victims are completely prohibited to contact their relatives.

Alkarama therefore called on the UN Special Rapporteur on Torture to urgently intervene with the Saudi authorities to urge them to respect their commitments under the Convention against Torture and to refrain from extraditing the two victims.

2. Alkarama calls on the Special Rapporteur to intervene urgently

In his urgent appeal, Alkarama stated that the possible extradition or forcible return of Mr. Aimidoula and Mr. Nuermaimaiti to China would constitute a violation by Saudi Arabia of its obligation not to expel persons under its jurisdiction to a place where they would be at risk of torture and ill-treatment, as provided for in Article 3 of the Convention against Torture, to which it is a party.

According to the Convention, "no State shall expel or otherwise remove an individual from its territory where there are 'substantial grounds' for believing that the individual would be in danger of being subjected to torture" in the receiving State, including the existence of a consistent pattern of gross, flagrant or mass violations of human rights.

Alkarama also drew attention to the systematic and widespread practice of torture and ill-treatment in China, particularly under the pretext of terrorism, recalling the concerns expressed by the Committee against Torture during its last review. The Committee stated that it had "received numerous reports from credible sources detailing cases of torture, deaths in custody, arbitrary detention and disappearances (...)", adding that "(...) allegations have been received of acts directed against Uighurs (...)" in China.

The Committee had also called on the Chinese authorities to reform its anti-terrorism legislation in order to ensure its full compliance with the Convention.

Finally, Alkarama invoked the dire conditions of detention in China to reiterate that the rights of Mr Aimidoula and Mr Nuermaimaiti to life, health and freedom from torture and other forms of ill-treatment would be seriously violated if they were extradited.

For these reasons, the Special Rapporteur on Torture has been called upon to urgently intervene with the Saudi authorities to ensure that they respect article 3 of the Convention against Torture and that they refrain from extraditing, expelling or forcibly returning to China Mr. Waili Aimidoula and Mr. Ruze Nuermaimaiti.

As a reminder, Saudi Arabia will soon be reviewed by the Committee against Torture, which monitors the implementation of the Convention against Torture by States Parties. As part of it, Alkarama will provide a second report on the human rights situation in Saudi Arabia.