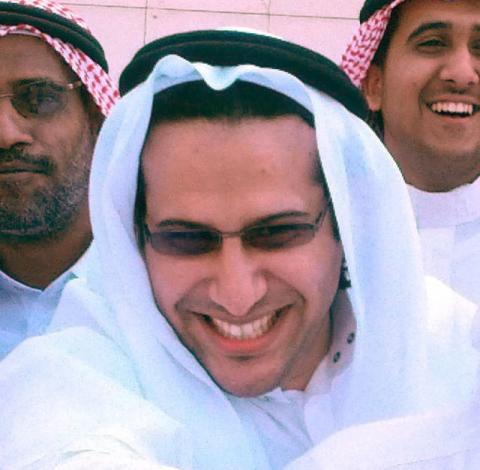 On 29 July 2013, after over a year of trial, blogger Raif Badawi was found guilty of "setting up a website that undermines general security" and "ridiculing religious figures" and sentenced to seven years in prison and 600 lashes. As the prosecutor insisted on a harsher ruling, his sentence increased to 1,000 lashes and 10 years, which was confirmed by the Supreme Court of Riyadh on 7 June 2015. Founder and Director of the Free Saudi Liberal Network, which promotes freedom of expression and works to prevent religious extremism, Badawi has published many articles criticising the very strict religious discourse in Saudi Arabia and has continuously advocated for human rights, including the rights of minorities, in particular religious ones.

About a year after Badawi's condemnation, on 6 July 2014, his lawyer Waleed Abu Al Khair was sentenced to 15 years imprisonment by the Specialised Criminal Court in Riyadh, after being accused of vague terrorism charges such as "hurting the State legitimacy," "disturbing public order and diminishing the judiciary," "discrediting Saudi Arabia by alienating international organisations against the Kingdom," as well as making statements and releasing documents "to harm the reputation of the Kingdom." Detained since 15 April 2014, Al Khair was placed in solitary confinement and subjected to ill-treatment before being sentenced.

Further illustrating the systematic crackdown on human rights activism in Saudi Arabia is the fact that Saudi civil society organisation, ACPRA − composed of activists and lawyers who were working within the Saudi legal system as well as with the UN human rights mechanisms to document cases of serious human rights violations including torture − has been dissolved and its members prosecuted. Alkarama documented the case of several ACPRA members, who have been the victims of reprisals since the creation of ACPRA, including the above-mentioned members as well as ACPRA's acting president Fawzan Al-Harbi. They are all currently detained, serving long prison sentences or awaiting trial. All of them were charged with vague offences and have been subjected to or are at risk of unfair trial, mostly before the Specialised Criminal Court (SCC), with limited access to legal counsel. Several of the victims were detained incommunicado for long periods and subjected to acts of torture. In its Opinion, the WGAD has called for the release of six ACPRA members.

The UN experts found that the detention of the nine human rights defenders, "especially that of ACPRA members, forms part of both the continued and recent persecution of human rights activists in Saudi Arabia. Such a practice clearly constitutes a form of reprisal for their work to protect and defend human rights." The WGAD further requested the Saudi authorities to immediately release all of them. Extremely concerned over the crackdown on freedom of expression in Saudi Arabia, Alkarama presented the cases of Waleed Abu Al Khair, Raif Badawi as well as ACPRA members to the UN Committee against Torture (CAT), which will review Saudi Arabia's compliance with the Convention against Torture (UNCAT) during its 57th session on 22 and 25 April 2016. CAT members, therefore, requested the Saudi authorities to clarify these cases.