Saudi Arabia: Committee on the Rights of the Child Issues its Conclusions After the Country’s Review 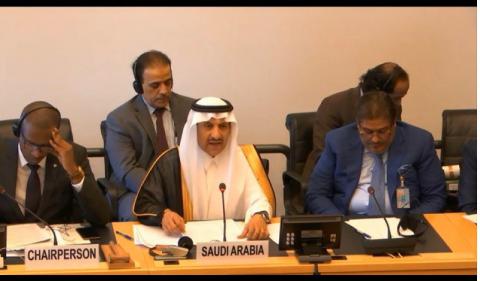 On 7 October 2016, the Committee on the Rights of the Child (CRC) published its Concluding Observations on the third and fourth periodic review of Saudi Arabia held during its 73rd sessionfrom 13 to 30 September. The Committee's experts assessed the implementation of the Convention on the Rights of the Child (UNCRC), ratified by Saudi Arabia in 1996, on the basis of information provided by both NGOs, as well as the State party in its national report.

Right to life and death penalty

The Committee expressed deep concern over the fact that in Saudi Arabia, children over 15 are tried as adults and continue to be sentenced to death and executed following “trials falling short of guarantees of due process and a fair trial”. The Committee recalled with concern that out of the 47 persons executed on 2 January 2016, at least four were under the age of 18 when sentenced to death by the Specialised Criminal Court. The Committee therefore urged Saudi Arabia to halt the execution of minors below the age of 18.

The UN experts also recommended the Saudi State to ensure that children who did not benefit from a fair trial be immediately released, and that the others have their death sentence commuted in line with international juvenile justice standards. Lastly, the Committee underlined the necessity for Saudi Arabia to amend, without any delay, its legislation in order to unambiguously prohibit the imposition of death sentence on children.

The Committee’s experts underscored with serious concern that despite the prohibition of torture and ill-treatment in domestic legislation, interrogation techniques amounting to torture are still authorised and frequently used to extract confessions and to force children into signing them. They recalled that in Saudi Arabia, children are still being sentenced to life imprisonment and to solitary confinement and in some cases may be forced to attend public executions.

In addition, the Committee urged Saudi Arabia, “as a matter of utmost priority”, to abolish all provisions authorising the stoning, amputation and beating of children and emphasised that no such treatment can be applied at the discretion of judges. It further recommended Saudi Arabia to ensure thorough investigation of alleged cases of torture and ill-treatment of children who were sentenced to death after reportedly having confessed under duress and to unambiguously prohibit the use of solitary confinement, life sentences and child attendance of public execution.

Freedom of opinion and expression

The Committee’s experts further reminded Saudi Arabia that there can be no restriction to children’s right of freedom of opinion and expression and that it should never lead to arbitrary arrests, torture or killings. In this regard, the Committee commended Saudi Arabia to ensure respect for the right to freedom of opinion and expression as guaranteed by the Convention. It also recommended the State to reverse laws and regulations restricting it, such as the offences of “apostasy”, “insulting God or the Prophet” or “corrupting the earth”, for which children can be condemned to severe sentences including the death penalty.