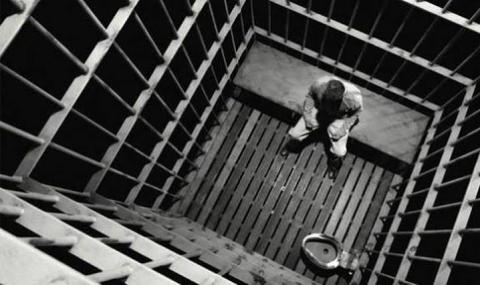 On 21 June 2021, Alkarama submitted to the UN Committee against Torture the list of issues and questions to be raised in the framework of Saudi Arabia's 3rd periodic review.
A treaty body composed of ten independent experts, the Committee against Torture is responsible for monitoring the implementation of the Convention against Torture and Other Cruel, Inhuman or Degrading Treatment or Punishment adopted on 10 December 1984 and ratified by Saudi Arabia on 12 September 1989.
In accordance with Article 19 of the Convention, the Committee carries out periodic reviews every four years to verify compliance by States Parties with their obligations.
Alkarama submitted its report for the review scheduled for late 2021. Alkarama will submit a second report following the State Party's responses.

1. The situation remains particularly worrying in Saudi Arabia
The human rights situation in Saudi Arabia, which was already a source of great concern since its last review in 2016, has deteriorated further since the enthronement of Mohammed Ben Salmane as Crown Prince. Under his authoritarian rule, repression has intensified in defiance of international law and hundreds of human rights defenders have been arbitrarily deprived of their freedom and subjected to various forms of torture and ill-treatment. Alkarama fears that the situation will continue to deteriorate despite the authorities' façade of human rights reforms.

2. Derogation from the prohibition of torture: the anti-terrorism law contrary to the Convention
Although torture is criminalised in Saudi domestic law, the prohibition is not absolute. Derogations, particularly in exceptional circumstances, considerably limit the effectiveness of the Convention against Torture.
Some laws, including the Anti-Terrorism Act, have not been revised despite their provisions being contrary to the Convention. During the second periodic review, the Committee had already expressed its concern about this law because it contained "an extremely broad definition of terrorism which allows the criminalisation of the peaceful expression of opinions considered to endanger national unity or to undermine the reputation or status of the State".
Despite the recommendation, no changes have been made to Saudi law. Under this law, the judiciary is given discretionary power to impose a prison sentence for terrorism on anyone who criticises the King, the Crown Prince or the monarchy.

3. Failure of the authorities and 'front' institutions
On the other hand, the Saudi authorities consistently fail in their duty to prevent acts of torture and thus contribute to the general climate of impunity in the country.
The institutions in charge of examining allegations of torture and ill-treatment and conducting investigations to punish the perpetrators (Bureau of Investigation and Prosecution) or the courts in charge of dealing with the complaints of individuals seeking compensation for damages resulting from the unlawful actions of state agents ("Diwan Al Mazalem") are directly under the authority of the King. The lack of structural independence of these institutions makes them de facto totally biased and inoperative.

4. Pervasiveness of torture and repression of freedom of expression
Torture remains omnipresent throughout the country and mainly in the Al Mabahith prisons. The vast majority of those arrested, often on the orders of the Crown Prince, are sentenced to long prison terms simply on the basis of confessions extracted under torture, which are considered evidence by the country's legal system.
The repression has become so widespread that it is now used against all forms of expression. Any criticism of the monarchy, no matter how peaceful, is punished by arbitrary arrest and detention.
Dr. Salman Alodah, Mohamed Al Qahtani, Khaled Al Rashed and Safar bin Abdulrahman Al Hawali are just a few of the many prominent individuals who have been arrested and sentenced to heavy penalties for peacefully expressing their opinions and exercising their right to freedom of expression.
In her report, Alkarama therefore highlighted the numerous failures of the State party to implement the recommendations made by the Committee during the second review. It invited the UN experts to urge the State Party to implement, without delay, the recommendations as well as the numerous opinions issued by the various UN mechanisms and to make the necessary legislative changes to comply with the treaty obligations.