Qatar: National Human Rights Committee To Keep Status A Despite Lack of Independence from the Executive 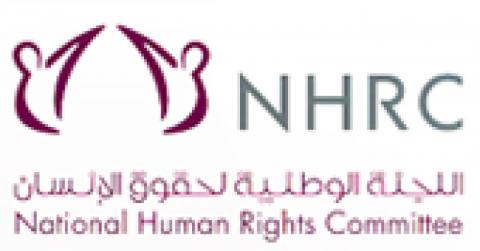 On 26 January 2016, the Sub-Committee on Accreditation (SCA) of the International Coordinating Committee of National Institutions for the Promotion and Protection of Human Rights (NHRIs) published its report recommending that the Qatari National Human Rights Institution (NHRI) − the National Human Rights Committee (NHRC) − keeps its A status, as fully compliant with the Paris Principles − the international standards established to ensure the NHRIs independence from the government and effective promotion and protection of human rights. While taking note of this decision and congratulating the NHRC, Alkarama remains concerned over its lack of independence from the executive, as stated in our report submitted to the SCA.

Despite recommending that the NHRC be re-accredited with its A status, the SCA noted in its report that the appointment of all members and termination of membership at the NHRC was effected by an Emiri decree, which undermines its independence. The SCA therefore reiterated its 2009 recommendation "that a transparent, participatory, merit-based selection process should be entrenched in the law" for the appointment of the NHRI's members, as well as its 2010 recommendation that "the enabling law of a NHRI must contain an independent and objective dismissal process." The SCA further recommended that the NHRC include "provisions in its decree law to ensure diversity in its membership and staff," as currently only 3 of the 13 members of the NHRC are women.

While welcoming the SCA recommendations, Alkarama regrets that the SCA did not take into consideration the fact that the State of Qatar retains the power to decide on the allocation of its expenses − which might have an impact on the Qatari NHRI's financial independence − nor the fact that the NHRC's founding text does not come from an elected assembly but from the executive branch. As such, the NHRC is failing to meet the criteria set in the second Paris Principle relating to the status of NHRIs, which states that "a national institution [...] shall be clearly set forth in a constitutional or legislative text." But given that there is no separation of power between the executive and the legislative in the country, it remains practically impossible for Qatar to base its NHRC on an act that is not adopted by the executive.

"This situation raises a fundamental question for NHRIs, particularly in the Gulf countries: can a NHRI of a country where there is no separation of powers ever fulfil the criteria set in the second Paris Principle?" questions Radidja Nemar, Regional Legal Officer for the Gulf at Alkarama. "As long as there is no elected legislative body in the country, it will remain extremely difficult for the NHRC to be completely independent from the executive power, which has the monopoly over the creation of laws."

Despite these setbacks, Alkarama recognises that the NHRC plays an active role in Qatar, reviewing national laws, suggesting the ratification of human rights treaties, organising trainings on human rights, publishing reports and advertising its activities. Therefore, Alkarama congratulates the NHRC for its status and further recommends that, to be in line with the Paris Principles, the Qatari NHRC should: