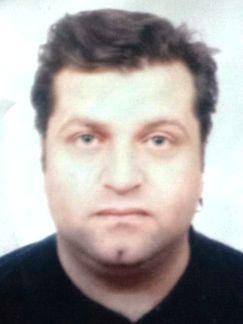 Several years ago, Alhaj Ali, a Syrian national, established a company in Saudi Arabia, where he worked until 2007. As required under Saudi legislation, the contractor registered the company and all its assets in the name of Alhaj Ali’s kafil – a Saudi national. After returning to Syria in 2007, on March 31, 2009, Alhaj Ali was arrested and sentenced to three months' imprisonment as a result of an international arrest warrant issued by Saudi Arabia for breach of trust on the basis of a complaint lodged against him in Riyadh by his former kafil.

After participating in peaceful demonstrations in the context of the uprising in Syria, Alhaj Ali was arrested again in 2013 by the Syrian Air Force intelligence, and subsequently held incommunicado and tortured before being released. Fearing further persecution, Alhaj Ali fled to Morocco in 2014, where he filed for asylum with the United Nations High Commissioner for Refugees.

On October 30 of the same year, Alhaj Ali, who was living in Kenitra, Morocco at the time, was arrested by the police under the same international arrest warrant issued by Saudi Arabia, and imprisoned in Salé Prison. Despite evidence that Alhaj Ali would be at risk of torture if he were to be extradited, the Rabat Court of Cassation approved his extradition, thus violating the provisions of the Convention against Torture, to which Morocco is a party.

The decision of the UN Committee against Torture

Following an urgent appeal submitted by Alkarama in May 2015, the UN Committee Against Torture (CAT) issued a decision on August 22, 2016 calling on the Moroccan authorities to cancel the extradition proceedings and to release Alhaj Ali. In its decision, the Committee reiterated its concern over the systematic use of torture and ill-treatment in Saudi Arabia and considered that such an extradition would violate Article 3 of the Convention, which formally states that no party to the convention may "expel, return or to extradite a person to another State where there are substantial grounds for believing that he would be in danger of being subjected to torture".

The Moroccan authorities were therefore under the obligation to release Alhaj Ali, or to try him if charges were brought against him in Morocco. However, the authorities refrained from implementing the Committee's recommendations within three months by arbitrarily prolonging his detention, while exerting psychological pressure on him to force him to renounce the Committee's decision and he accept extradition.

“The excessive duration of the detention of Mr. Alhaj Ali without any legal basis and the pressure exerted on him were, in themselves, forms of psychological torture and particularly cruel, inhuman and degrading treatment,” said Khadidja Nemar, Legal Officer for North Africa at Alkarama, “Mr. Alhaj Ali is entitled to compensation for the serious harm he suffered”.

Alkarama therefore calls on the Moroccan authorities to guarantee Alhaj Ali his right to obtain compensation and to be fairly compensated in accordance with the  Basic Principles and Guidelines on the Right to a Remedy and Reparation for Victims of Gross Violations of International Human Rights Law and Serious Violations of International Humanitarian Law.