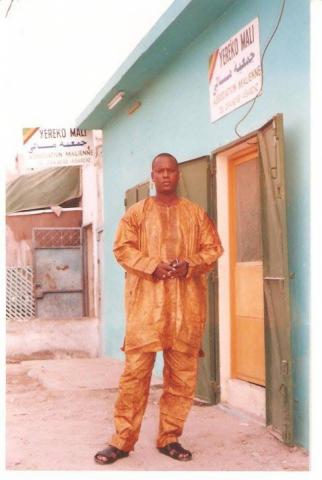 On 6 October 2016, Alkarama seized the United Nations Working Group on Arbitrary Detention (WGAD) of the case of Yaya Cissé, a Malian national arbitrarily detained in Mauritania for more than four years and sentenced to death on the basis of confessions obtained under torture.

Suspected of involvement in a murder committed on 26 July 2010 in Nouadhibou, Cissé was arrested without a warrant on 30 March 2012 and held in custody for 27 days. Although both international and Mauritanian law limit police custody to 96 hours, Cissé was not able to challenge the legality of his detention. Physically and psychologically tortured during this time, he eventually signed a confession in Arabic, a language that he does not understand. The Criminal Court of Nouadhibou subsequently sentenced him to death on the basis of this confession, with the only evidence of statements made by a woman also accused in this case.

Yet, stamps on Cissé's passports attested his absence from the country between 24 July and 1 August 2010. It was also established that he had made several calls from Dakar in Senegal at the date of the offences concerned. All exculpatory evidence were dismissed by the court, which did not respond to the allegations of torture of the victim.

Throughout the proceedings, the rights of the defence were violated. Forced to incriminate himself, Cissé was not granted the assistance of a translator or to call defence witnesses. The UN Human Rights Committee (HRCttee), however, had the opportunity to point out that a death sentence could in no case be handed down in violation of Article 14 of the International Covenant on Civil and Political Rights (ICCPR) which prohibits self-incrimination. The Nouadhibou Court of Appeal nevertheless upheld the death sentence on 23 December 2012 and the Supreme Court rejected the victim's appeal on 4 May 2013.

Alkarama also stressed that, although Cissé repeatedly sought the help of the Malian consular authorities, which knew about his allegations of torture, took no steps to contact the Mauritanian State, therefore failing its obligations. Cissé was only able to talk once with the Consul, following which the prison administration confiscated his personal belongings and transferred him to another cell in retaliation.

First held in Nouadhibou, Cissé was transferred to the prison of Aleg, then to the prison of Dar Naim in Nouakchott and, in June 2016, to the prison of Bir Moghrein, located in a desert-like and hard to access area in the north of the country, where many death row inmates were recently transferred. Visits of Cissé's wife and children, which were already compromised when he was detained in Aleg, are now impossible because of the distance. Cissé is not able to speak with his lawyer either.

Alkarama calls on the Mauritanian authorities to immediately release Cissé, to repair the damage suffered because of over four years of arbitrary detention, and to guarantee the right of every accused person to a fair trial.