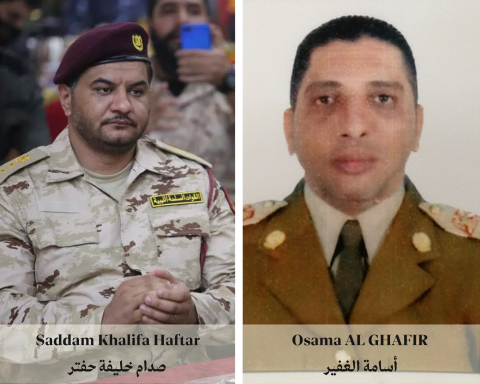 On 21 March 2022, Alkarama addressed the UN Working Group on Enforced Disappearances regarding the situation of Osama Muhammad Saleh AL GHAFIR AL OBEID, a colonel in the Libyan army taken prisoner on 07 december 2016 by General Khalifa Haftar's militias in the Sidra region (west, Tripoli).

Colonel AL GHAFIR, was part of a battalion in charge of a mission to secure the oil fields in the Sidra region when he was taken prisoner on december 07, 2016, by the militias of General Khalifa Haftar. His family tried, in vain, to get news of him but the authorities in Benghazi refused to acknowledge his detention. On 08 december 2016, the colonel appeared on a television program broadcasted on Al-Hadath TV controlled by General Haftar. He bore signs of mistreatment and appeared to be speaking under duress. After that, he disappeared again.

In reaction to the denial of the Benghazi authorities, Alkarama, mandated by the victim's relatives, sent an urgent appeal to the UN Working Group on Enforced Disappearances on 21 March 2022, asking it to urgently intervene with the authorities concerned in order to shed light on the fate of Colonel Osama Muhammad Saleh AL GHAFIR AL OBEID, to release him if necessary, and in any case to place him under the protection of the law.