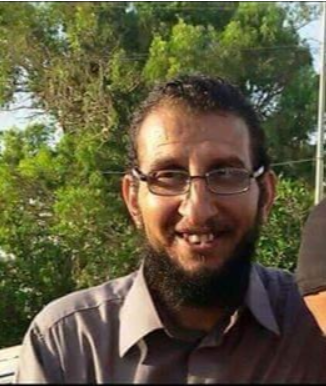 The United Nations Working Group on Arbitrary Detention (WGAD) regretted that the Government of Libya's National Accord did not comply with the team's recommendations regarding the release of Mr Mustafa Talib Younis Abdel Khaleq Al-Darsi, who has been arbitrarily detained since 6 January 2016, calling for his immediate release and compensation.
The WGAD had issued resolution no. 13/2020 deeming Mustafa Abdel-Khaleq Al-Darsi's detention arbitrary, following the complaint submitted by Alkarama to the team on 11 October 2016.

Details of the case
Al-Darsi was arrested in the city of Zliten on 6 January 2016 by individuals in civilian clothes belonging to the RADA forces (armed group officially operating under the authority of the Ministry of the Interior).  They arrested him as he left one of the mosques in the city after performing the afternoon prayer, where he was taken to the headquarters of the RADA forces located in the Friday market near Tripoli, Al-Darsi's arrest was not based on a legal note, and no reason was provided to justify his arrest.
In January 2018, he was transferred to the unofficial detention centre at Maitika airport, which is under the control of the RADA forces. Mr Al-Darsi remains there, unaware of the nature of the charges against him, and without having been brought before a judicial authority. Furthermore, to date, he has not been allowed to see a lawyer or to challenge the legality of his detention. His family has also been prevented from visiting him for eight months following his arrest.
In addition, Mr. Al-Darsi was held incommunicado for more than four months during which time his health deteriorated considerably due to the denial of adequate medical care. His family has been forbidden to communicate with him since their last meeting, which lasted ten minutes, during a video call five months ago.
On 15 September 2019, the WGAD forwarded the Alkarama's Memorandum to the Government of National Accord, requesting clarification on Mr Al-Darsi's situation, and calling on it to ensure his physical and mental integrity. However, the Government of National Accord has not responded to the UN's request and has not provided any response to Alkarama's complaint.
It should be noted that the Libyan authorities' acknowledgement of Mr Al-Darsi's detention was delayed until 28 May 2016; his relatives were allowed to contact him for the first time by telephone.
The UN Working Group on Arbitrary Detention (WGAD) found that Mr Al-Darsi's detention was a result of the exercise of his rights to freedom of thought, belief and expression, as Mr Al-Darsi is a preacher belonging to the Malikite school of thought and is therefore considered by the RADA forces to be an "innovator".

Responsibility of the RADA forces
For its part, the Office of the High Commissioner for Human Rights has concluded that these increasing practices are aimed at silencing any dissenting voice that does not conform to the Madkhali ideology, to which many members of the RADA forces belong.
In their latest resolution No. 13/2020, the UN experts confirmed what was stated in their previous resolutions (No. 18/2019 and 39/2018) that the RADA Forces, is the responsibility of the State. The experts stressed that these forces, acting on behalf of, with the consent or acquiescence of, the Libyan government authorities, will be responsible for all their actions.
In light of this, the Working Group concluded that the arrest, incommunicado detention and prolonged deprivation of liberty to which Mr. Al-Darsi was subjected resulted from the legitimate exercise of his rights of belief and expression and had no legal basis, in clear violation of the Universal Declaration of Human Rights and the International Covenant on Civil and Political Rights ratified by Libya, rendering his detention arbitrary.
The UN Working Group calls on the Libyan government to take urgent measures to release Abdel-Khaleq Al-Darsi, particularly in light of the global situation imposed by the coronavirus epidemic, and its repercussions which threaten places of detention in particular.
For its part, Alkarama urges the Libyan authorities to implement the decision of the UN Working Group on Arbitrary Detention to immediately release and compensate Mr Al-Darsi. Furthermore, Alkarama insists on continuing to call on the Government of National Accord to put an end to the widespread practice of enforced disappearances and arbitrary arrests and to ensure that the RADA forces operate under judicial control, as they are responsible for the illegal actions of these forces.