Libya: A Religious Scholar Feared Dead After his Abduction by GNA Affiliated Forces 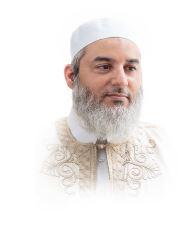 Nader Snoussi Ali Al Omrani, a 44-year-old well respected religious scholar, was abducted on 6 October 2016 in Tripoli by several members of the RADA forces, which pledged allegiance to the UN-backed Government of National Accord (GNA). His family has not heard from him since; however, they fear he was killed while secretly detained following the release of a video in which a young man confesses to his execution. On 12 November 2016, Alkarama sent an urgent appeal to the United Nations Working Group on Enforced or Involuntary Disappearances (WGEID), urging the UN experts to call upon the Libyan authorities to immediately release him or, at the very least, to put him under the protection of the law.

On 6 October 2016 at around 3am, Al Omrani was heading to Al Faouatir mosque, in the centre of the Damascus neighbourhood in Tripoli for the dawn prayer, when several security officers, believed to be RADA forces agents, abducted him. They forced him to get in the patrol car and took him to an unknown location. The agents were acting under the control and command of the Tripoli-based GNA Ministry of Interior, which is recognised by the United Nations. His abduction was witnessed by several prayer attendees.

After his abduction, Al Omrani’s relatives tried to locate him, without any result. They first filed a complaint with the Tripoli Police department a few days after his disappearance; however, the latter denied his arrest and refused to provide any information on his fate and whereabouts. In addition, a complaint was filed on his behalf with the Attorney General of Tripoli, to no avail.

On 21 November, a video was released on social media, in which a young man affirmed that Al Omrani was executed on 9 October 2016 by these forces, three days after his abduction. The man, confessing to his participation to the execution, named RADA forces commanders as having ordered and perpetrated the execution. However, to date, the body of Al Omrani has not been recovered since no investigation has been opened by the Office of the Public Prosecutor.

“The possible execution of Al Omrani must be investigated promptly, impartially and fully, and the perpetrators must be brought to justice,” says Radidja Nemar, Regional Legal Officer for North Africa at the Alkarama Foundation. “We consider that the cleric remains forcibly disappeared and the GNA authorities have the obligation to inquire and inform the family of his fate and whereabouts,” she continues.

Alkarama is following the case of Al Omrani and requested the WGEID to keep his case opened as long as the allegations on his execution have not been fully clarified. Lastly, Alkarama raised its concern over a concerning pattern of abductions and possible executions by militias which pledged allegiance to the GNA, particularly targeting political opponents.