Libya: Disappearance of Two Men Following Abduction from the Street by Pro-GNA Militia 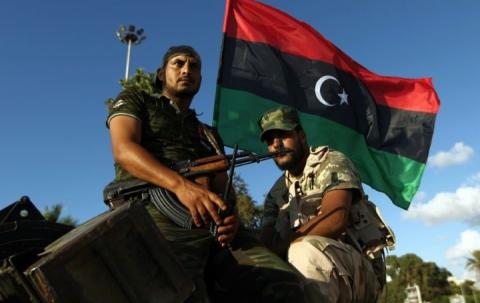 On 16 March 2017, Alkarama sent a communication to the United Nations Working Group on Enforced or Involuntary Disappearances (WGEID) regarding the cases of Issa Adel Issa Kaal and Ali Suleiman Masood Abdel Sayed, two Libyan citizens who were abducted respectively in May and August 2016, and remain missing since. Their families, who have tried to inquire about their fate and whereabouts are extremely concerned as the authorities continue to deny their detentions.

On 10 May 2016, Kaal was abducted in the village of Regata, west of Tripoli, in front of his friends, by members of a group belonging to the Special Forces of Abdel Raouf Kara, who pledged allegiance to the Ministry of Interior of the Government of National Accord. The forces arrested him without any warrant and did not inform him of the reasons for his arrest. On 11 May 2016, his family was allowed to visit him at the headquarters of the Special Forces at the Mitiga Airbase. Kaal’s family expressed serious concern over his poor health condition since he is suffering from a chronic medical condition requiring continuous treatment. After this visit, Kaal’s family never saw him again and the authorities refuse to provide them any information about his fate or whereabouts.

On 17 August 2016 at 10 pm, Abdel Sayed disappeared after he was abducted from a street by the Al-Gargarni gas station of Ain Zara. He was forcibly taken in front of his son by members of the 8th Security Division lead by Haitham Tagouri and affiliated to the Ministry of Interior. Abdel Sayed was arrested without any warrant and was not informed of the reasons for his arrest. He was taken to an unknown location and to date, the authorities refuse to answer to his family’s requests to know about his fate and whereabouts.

“It is extremely concerning that amid reports of widespread violations committed by all parties to the conflict, even the security forces put under the responsibility of the UN-backed government commit crimes as severe as enforced disappearance, all the more in complete impunity,” said Radidja Nemar, Regional Legal Officer for North Africa. “The GNA’s authorities should immediately clarify the fate and whereabouts of the victims and put an end to this practice by giving clear orders to the forces under their control to respect human rights and ensure accountability of perpetrators.”

Alkarama is extremely concerned over the disappearance of Abdel Sayed and Kaal, since their cases are not the first to be reported. Indeed, in October and November 2016, Alkarama referred the abductions of Darsi and Al Omrani to the UN mechanisms, since the fate of the two men, both abducted by forces affiliated to the GNA, have yet to be clarified. Therefore, Alkarama requested the WGEID to promptly intervene with the Libyan authorities and urge them to immediately inform the victim’s families of their fate and whereabouts and to release them.

Furthermore, Alkarama referred these cases to the International Criminal Court (ICC), which competence over the situation in Libya and all violations committed on its territory, stems from the unanimously adopted Resolution 1970 (2011) of the United Nations Security Council on 15 February 2011. These disappearances, due to their systematic and widespread nature, amount to crimes against humanity and therefore directly fall under the mandate of the ICC, further triggering international criminal responsibility of perpetrators and their superiors.