Libya: Disappearance of a Politician Following Abduction from the Street by GNA affiliated Forces 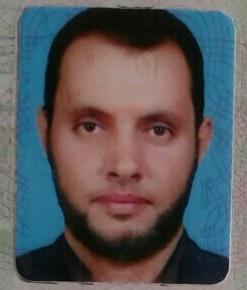 Mohamed Al Rajili Ghoma Abdul Rahman, a doctor in information and technology and former Deputy Minister for the Affairs of Families of Martyrs and of Missing Persons was abducted on 25 April 2017 by members of the “Katibat Al Nasr” forces affiliated to the Ministry of Interior of the Government of National Accord led by Fayez El Sarraj. Abdul Rahman remains disappeared since and his relatives, who have tried to inquire about his fate and whereabouts, are extremely concerned as the forces continue to deny detaining him. They fear that he might be at risk of ill-treatment, torture or even execution.

On 25 April 2017, at 9 p.m, Abdul Rahman was on Souq al Jum’ah Road in Tripoli, when members of the “Katibat Al Nasr” forces, some wearing military uniforms and others civilian clothes, abducted in front of several bystanders. The forces who arrested him did not provide any arrest warrant and did not inform him of the reasons for his arrest. Abdul Rahman was taken to an unknown location and remains disappeared since.

“The disappearance of Mohamed Al Rajili Ghoma Abdul Rahman is extremely concerning, it is in fact the second case of such nature to be reported to us in a  week,” said Radidja Nemar, Regional Legal Officer at Alkarama. “The GNA must ensure that all forces affiliated to it respect fundamental rights and guarantees of arrested individuals and punish those who violate international human rights and humanitarian law standard,” she concluded.

The case of Abdul Rahman was submitted to the United Nations Working Group on Enforced or Involuntary Disappearances (WGEID) on 12 June 2017; requests were made with the experts to promptly intervene with the Libyan authorities urging them to immediately inform his family of his fate and whereabouts and to release him.

On 2 June 2017 already, the abduction of a human rights defender, Tarek Milad Mohamed Al Gadhafi, was referred to this UN mechanism to clarify his fate.