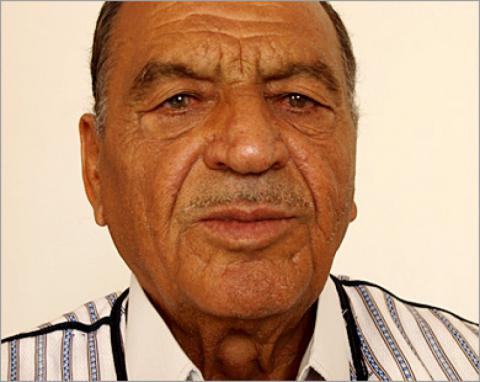 During its 112th session in Geneva from 7 to 31 October 2014, the United Nations Human Rights Committee issued its decision in the case of Saleh Salem Hmeed and several members of his family, who were arrested, detained and tortured by the security services of Gaddafi's former regime.

On 3 November 1986, after notifying the police of the discovery of one of his neighbours' body in a well on his agricultural land, Hmeed was arrested and severely tortured by the police to make him confess that he was the author of his neighbour's murder.

Following the opening of the investigation ordered by the prosecutor, Hmeed was arrested, incommunicado detained, deprived of any contact with the outside world for almost three months and severely tortured; to this day, Hmeed still bears the scars of the particularly inhumane treatment he suffered.

It was not until 28 January 1987, after 86 days of incommunicado detention, that. Hmeed was referred to the prosecutor of the court of Tripoli, charged with murder and, curiously, of digging a well on his property without permission from the administration.

After a speedy trial held on 2 April 1988, Hmeed, assisted by a lawyer designated by the prosecutor, was sentenced to life imprisonment, with the court basing its decision on the sole testimonies of the victim's wife - his co-accused in the case – and of the latter's brother.

Hmeed appealed the prosecutor's decision, but the administration, whilst invoking its own mistake in having missed to record the appeal on the register, refused the appeal, in witness whereof the judgment was pronounced final.

Without any recourse, Hmeed's family took numerous steps with the authorities to seek the review of the judgment. In 1994, the Secretary of Justice ordered the reopening of the investigation because of the discovery of new decisive elements; suspects were arrested and questioned but eventually released owing to the intervention of one of their relatives, a colonel of the intelligence services.

In 1997, the sons of the victim appointed a lawyer and undertook the necessary steps to reopen the investigation, which was refused by the prosecutor, sending them back to solicit a pardon for their father, implicitly recognising that he had been wrongly convicted. Hmeed, however, refused, rightly believing to be a victim of injustice, and keeping on demanding a new and fair trial.

In front of the authorities' silence and the worsening conditions of detention of the victim, aged and sick, his wife and sons decided to protest publicly to denounce the flagrant violations of their relative's right to a fair trial. The family then lived another nightmare: threats, intimidations, breaches of home etc. On 15 February 2007, fifty agents stormed the family home by breaking doors and windows, pillaging all their property. After violently beating all family members, including the mother, the officers set fire to the property.

Following these events, Mrs. Hmeed filed a complaint against the State agents to the Attorney General for aggression, assault, robbery and arson, complaint to which the Attorney did not respond. Instead, the very next day, the same officers returned to their sons' houses to arrest them.

Imprisoned for several weeks in the premises of the General Directorate of criminal investigations, Hmeed's sons were severely tortured. Transferred to prison, they were deprived of their basic rights and care, despite their worrying physical conditions.

On 20 April 2007, two months after their arrest, they were brought before the Special Court of Tadjoura and charged with "having planned to overthrow the government" and "carrying weapons." The court sent the case back to the Court of Revolutionary Police which, on 13 March 2008, delivered the sentences, condemning the four brothers to six and a half years and 15 years imprisonment. On 7 December 2008, the same four people were released without explanation "on the initiative of some political authorities."

Their father has, meanwhile, been released on 25 November 2009, after 23 years of detention, following a pardon he had not sought "for medical reasons".

Upon their release, the Hmeed brothers continued to demand the opening of an impartial investigation into the unfair proceedings suffered by their father, as well as into other serious violations of which they were the victims themselves.

In the absence of the authorities' response, the Hmeed family contacted Alkarama, which filed a complaint with the Human Rights Committee regarding the serious violations they suffered, on 4 February 2011.

Despite the duty of States parties to submit written explanations or statements on communications, the Libyan government has not responded to the complaint or submitted any comments.

It is thus after 28 years of injustice and denial that the Hmeed family wins the case before the Human Rights Committee and finally sees his suffering recognised and its rights violations condemned.

Decision of the Human Rights Committee

The Committee was not able to recognise the violations committed before the entry into force of the Optional Protocol to the International Covenant on Civil and Political Rights in Libya, on 16 May 1989, due to the non-retroactivity of the Covenant with regards to facts that happened prior to its ratification by the State party.

However, the Committee noted the allegation of Hmeed's wife that agents of the security services under the command of the Director of Criminal Investigation of the Tripoli Section, went to the family home to beat his relatives and ransack and set fire to the building.

After having considered these facts as retaliation and intimidation, which could cause severe mental suffering to the family, the Committee considered them as a form of "torture", constituting a violation of international law. The Committee also found an interference with the Hmeed's family right to privacy in violation of Article 17 of the International Covenant on Civil and Political Rights (ICCPR).

Recalling its comment No. 31 on the nature and the general legal obligation imposed on States Parties to the ICCPR to investigate human rights violations, the Committee reaffirms the importance of the implementation by States on the appropriate judicial and administrative mechanisms to examine individual complaints. By not responding to the complaints relating to operations carried out by State agents, Libya has violated international law.

Libya has now a period of six months to inform the Committee of the measures taken to give effect to its views. The State is also invited to make public the Human Rights Committee's observations.

Alkarama welcomes this new decision by calling the Libyan authorities to implement it, in accordance with its international obligations, hoping that it could eventually help to establish the truth and give the justice and consideration that the Hmeed family, deeply affected, deserves.