Lebanon: 42 Years After the Beginning of the Civil War, Fate of The Missing Still Unknown 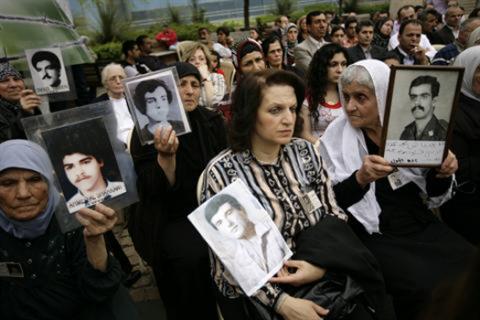 Today, 13 April 2017, Lebanon remembers for the 42nd year the start of the Lebanese civil war. Lasting for 15 years, between 1975 and 1990, the conflict left around 200,000 people dead and an estimated 17,000 missing persons. 313 cases remain currently pending before the UN Working Group on Enforced Disappearances (WGEID): although they only represent the tip of the iceberg, the fate of these missing persons is yet to be clarified by the authorities. This is the direct consequence of the lack of a broad governmental legal and social strategy to tackle the file of the disappeared, although some administrative steps have been taken in order to assist their families. Despite several measures to address this issue, which were proposed in the National Action Plan for Human Rights in Lebanon for 2014-2019, redacted by the Human Rights Committee of the Lebanese Parliament, none of them was implemented so far, and much remains to be done.

Mostly civilians from all religious and political backgrounds, numerous victims of enforced disappearance are believed to have disappeared as a result of mass killings and widespread violence. Many were abducted from their houses, in the streets or at checkpoints controlled by militias or foreign troops. Enforced disappearances were indeed committed by Lebanese militias, as well by foreign forces. Disappearances also continued to occur after the end of the war on a smaller scale, in the context of the continued presence of the Israeli and Syrian armies on the Lebanese territory.

This is the case, for example of Ammar Al Suttof, a 42-year-old Syrian nurse, who, on 14 October 1993 was abducted from his house in Beirut by agents of the Syrian intelligence services. His family and friends contacted the latter, the Lebanese police, as well as the headquarters of the Syrian intelligence services in Anjar, without success. Similarly, Najib Al Jarmani, a 59-year-old school bus driver, was arrested at home in the village of Brummana in the Mount Lebanese Governorate by members of the Lebanese Army, and taken to an unknown location. His family subsequently learnt that he had been transferred to Syria, and between 1998 and 1999, his sister could visit him at Branch 235 of the Military Intelligence Division in Damascus, also known as the “Palestine Branch”. After 1999, his family was no longer allowed to visit him and remains without any information on his fate and whereabouts. Indeed, the actions undertaken by his family before the Lebanese authorities did not yield any result.

“This anniversary is a moment to remember the victims of the war and to stand in solidarity with the family of the disappeared, who continue to call for the truth on their fate and whereabouts,” says Inès Osman, Legal Officer for the Mashreq at Alkarama. “It is time for the Lebanese authorities to uphold the families’ right to truth.”

Ten years after the signature by Lebanon of the International Convention for the Protection of All Persons from Enforced Disappearance (ICPPED), the instrument has still not been ratified. By doing so, Lebanon would also fulfil its commitments taken at its last Universal Periodic Review (UPR) in November 2015.

Alkarama calls upon the Lebanese government to allow the Internal Security Forces to collect DNA samples with the International Committee of the Red Cross (ICRC) for future forensic analysis of human remains and uncover the identity of missing persons. We furthermore call upon the authorities to establish an Independent National Commission for the Missing and Forcibly Disappeared, mandated to investigate the fate of the disappeared, to locate and exhume burial sites, identify missing persons and establish the circumstances of their enforced disappearance or death.