Kuwait: DNA Collection Law to be Amended to Limit its Scope to Criminal Suspects Only 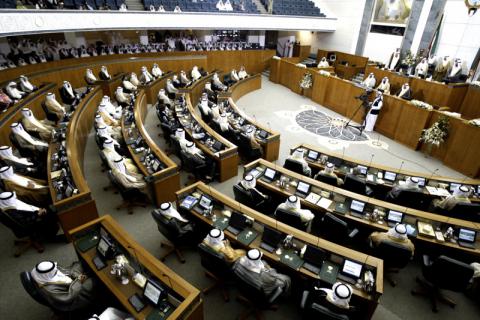 On 19 October 2016, the Speaker of Kuwait's National Assembly, Marzouq Al-Ghanim, disclosed information according to which the Emir of Kuwait agreed to put Law No. 78/2015 on compulsory DNA collection, in line with the Kuwaiti Constitution in order to respect the right to privacy. The Emir requested the Parliament to reconsider the scope of the law with the view of imposing compulsory DNA collection to criminal suspects only, instead of all Kuwaiti citizens and residents as it was initially envisioned. Alkarama welcomes the decision of the Emir, which reflects the recommendations made in its report to the Human Rights Committee (HRCtee) during the third periodic review of the situation of human rights in Kuwait, held on 15 July 2016.

As response to the deadly terrorist attack of 26 June 2015 against the Imam Sadiq mosque, which killed 27 people and wounded 227 in Kuwait-city, the Kuwaiti authorities included in their counter-terrorism legal framework Law No. 78/2015 on compulsory DNA collection. Under this law, all Kuwaiti citizens and residents indiscriminately, are obliged to provide DNA samples to the authorities. The Law provides for "one year in prison and 10 thousand dinars fine for anyone who deliberately and without any excuse refrains from giving a sample of his DNA". It further states that individuals subjected to this law are not allowed to refuse to give a sample, within the given deadline when requested to do so by the authorities.

In its report to the HRCtee, Alkarama expressed its serious concerns over the possible consequences and dangers of such a law and highlighted the intrusion to the right to privacy as well as the lack of accountability and independent control over the collection of DNA samples. On 15 July 2016, after reviewing Kuwait's third periodic report, the HRCtee published its Concluding Observations on the human rights situation in the country and the State party's implementation of the International Covenant on Civil and Political Rights (ICCPR).

The Committee's recommendations thoroughly reflected Alkarama's points of concern, which were presented to the Committee before the review. Reiterating the Committee's concerns, Alkarama advises the Kuwaiti Parliament to take the following recommendations into consideration: Kuwait should limit DNA collection to individuals suspected of having committed serious crimes and on the basis of a court decision, individuals should be able to challenge the State's request and finally, an oversight mechanism, independent of the Ministry of Interior, should be established to monitor the collection and use of DNA samples. We encourage the Parliament members to take all the necessary steps to respect the right of privacy of the citizens and residents of the country, as enshrined in the ICCPR.