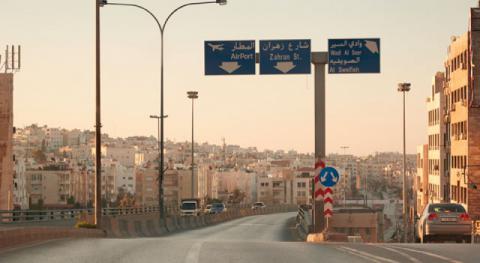 On 29 June 2016, Abdulmalik Mohammad Yousef Abdelsalam, 26-year-old Jordanian university student, was released from the premises of the General Intelligence Directorate (GID) in Amman after having been secretly detained for four months, his family being kept unaware of his fate and whereabouts.

On 27 February, in fact, Abdelsalam was deported from Beirut to Amman after after having served a prison sentence in Lebanon and disappeared once he reached Amman Queen Alia International Airport. Concerned over his fate, Alkarama sent an Urgent Appeal to the United Nations Working Group on Enforced or Involuntary Disappearances (WGEID), hoping it would help shed light on his whereabouts. However, the Jordanian authorities never responded to the UN experts' request.

Usually living in Qatar, in 2012, Abdelsalam travelled to Lebanon where he was arrested and subsequently sentenced for "funding terrorism". Detained in Roumieh prison until the end of his sentence, he was then held for two months at the General Security retention center in Beirut before being deported to Jordan on 27 February 2016. That day, Abdelsalam was put on a flight from Beirut Rafic Hariri International Airport to Amman Queen Alia International Airport where he disappeared. As his family believed that he was handed over to the GID after being arrested by the border police at the airport, they reached out to the Intelligence services to clarify his whereabouts, but were denied any information on his location.

Around 29 June 2016, Abdelsalam was finally released without any judicial procedure from the premises of the GID in Amman, but his passport was confiscated by the Jordanian authorities. Indeed, since 23 January 2015, Abdelsalam is also listed on the United Nations Security Council (UNSC) Al Qaeda Sanction List and may have been secretly detained by the GID and currently object of travel ban for this very reason.

"Despite welcoming Abdelsalam's release, Alkarama regrets that he was secretly held for four months by the GID concealing his fate and whereabouts," says Inès Osman, Legal Officer for the Mashreq at Alkarama. "Instead of using the pretext of the fight against terrorism as an excuse to violate the most fundamental rights of its citizens, the Jordanian authorities must ensure that all individuals in custody are afforded all fundamental safeguards from the very onset of their deprivation of liberty, as recommended by the United Nations Committee against Torture (CAT) following the country's review in 2015."