Jordan: Professor Amjad Qourshah Arbitrarily Detained for Comments on Jordan's Participation to the International Coalition Against the IS 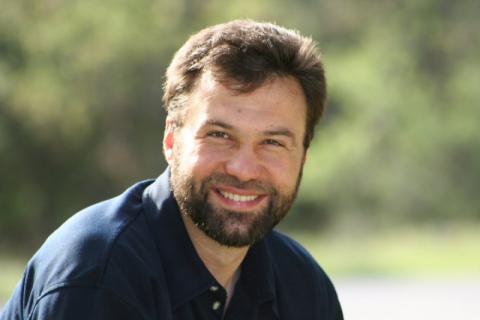 On 13 June 2016, Amjad Qourshah, 48-year old assistant professor in comparative religions at the University of Jordan and famous presenter in TV and radio shows, was arrested for "disturbing relations with a foreign country" for having posted a video online about two years ago criticising the participation of Jordan to the international coalition led by the USA against the Islamic State (IS). Concerned over the fact that Qourshah's detention is motivated solely by an act of free speech, on 15 July 2016, Alkarama sent his case to the United Nations Special Rapporteur on Freedom of Expression (FREEDEX) demanding him to call upon the Jordanian authorities to immediately release him.

On 13 June 2016, Qourshah was summoned by the General Prosecutor of the State Security Court (SSC) to the premises of the General Intelligence Directorate (GID) in Amman to be questioned about a video in which he criticised the participation of Jordan to the international coalition against IS as being part of an agenda of the United States, which, in his opinion, is forcing Arab States to fight a war that is not theirs. The video was posted on Youtube by Qourshah in 2014, but reposted online by someone else few days prior to his arrest.

Once at the GID premises, Qourshah was interrogated by GID officers and arrested on the basis of an arrest warrant issued on that day by the SSC Prosecutor for "disturbing relations with a foreign state", under the Jordanian Antiterrorism Law No. 55 of 2006. The Law, amended in 2014, has been criticised – including by the Committee against Torture in its review of Jordan in 2015 – for having a broad definition of terrorism that allows for the prosecution of acts of free speech and provides for a minimum sentence of five years in prison to life in prison and the death penalty.

On 14 June 2016, Qourshah was transferred to Jweida prison in Amman where he is detained until today in solitary confinement. The State Security Court keeps on renewing his detention without formal charge every two weeks.

"It is unacceptable that Qourshah, a well-known peaceful and moderate public figure, was arrested and remains detained for a video he posted more than two years ago, in which he simply expressed his opinion, without supporting IS nor expressing any violent incitement to hatred against anyone," comments Inès Osman, Legal Officer for the Mashreq at Alkarama."The Jordanian authorities must put an end to the abusive application of the Antiterrorism Law to prosecute activists for mere acts of free speech before the State Security Court, which can in no way be considered as impartial and independent, as its Prosecutor and two of three judges are military officers appointed directly by the Prime Minister."

Considering the systematic crackdown on dissenting voices under the pretext of the "fight against terrorism", Alkarama urges Jordan to abolish the SSC and cease prosecution of peaceful protesters, political opponents and all critical voices, which constitutes a violation of article 19 of the International Covenant on Civil and Political Rights (ICCPR), ratified by Jordan in 1975.