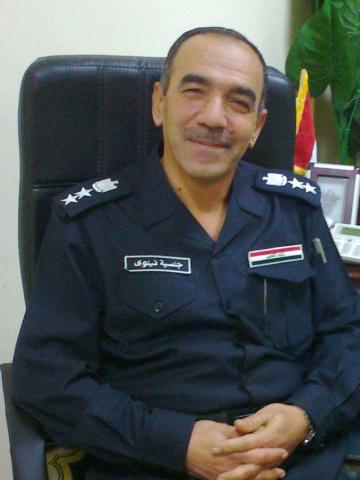 (Geneva, June 5, 2018) – On May 31, 2018, Alkarama requested the urgent intervention of the UN Committee on Enforced Disappearances (CED) in the case of Meyasar Mohammad Saleh Faek Omar Al Noaime, an Iraqi colonel who remains missing since his arrest by the Islamic State of Iraq and the Levant (ISIL) in February 2017.

Al Noaime – a colonel in the General Directorate of Nationality in Nineveh – was arrested by ISIL forces after they raided his home in Mosul on February 3, 2017, at which time the city was under ISIL's control.

Five months later, when Mosul was liberated from ISIL by the Iraqi army, the authorities transferred prisoners detained by ISIL to other places of detention allegedly either for “investigation purposes” or “medical treatment”.

Around the same time, Al Noaime’s family recognised him in a leaked photo taken by Federal Police officers. The photo appeared to have been taken in the Al Ektesadyeen neighbourhood of Mosul after the authorities regained control of the city.

Al Noaime’s family enquired with the relevant authorities after he was arrested by ISIL, but did not receive any information on his whereabouts. After they identified him in the photo in July 2017, his family enquired about his whereabouts in various prisons and searched the detainees list in the Central Criminal Court, but to no avail.

On May 31, 2018, Alkarama submitted Al Noaime’s case to the CED, requesting that the Committee urgently intervene with the Iraqi authorities to ensure that he is immediately released or, at the very least, he is put under the protection of the law and his fate and whereabouts are disclosed.

Since Iraq ratified the International Convention for the Protection of All Persons from Enforced Disappearance (ICPPED) in 2010, the CED has been able to intervene with the authorities in accordance with the urgent action procedure outlined in Article 30 of the ICPPED.

However, all 123 cases Alkarama has submitted to the CED since 2014 – and which the Committee has communicated to the Iraqi authorities – are yet to be clarified, and families have been left with no information on their relatives’ fates and whereabouts.

On May 28, 2018, Alkarama and its Iraqi partner, Al Wissam Humanitarian Assembly, took part in an NGO meeting with the CED, during which the organisations raised the pressing issue of enforced disappearances in Iraq.

Al Wissam and Alkarama highlighted the fact that Iraq has the highest rate of enforced disappearance worldwide, with estimates saying that between 250,000 and one million people are currently reported missing across the country.