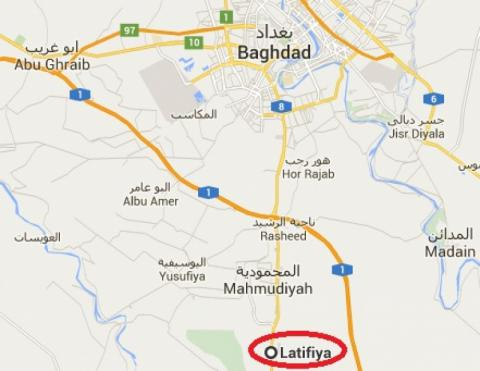 The Iraqi authorities are regularly called to order by the United Nations (UN) Committee on Enforced Disappearances (CED) for failing to meet their obligations under the International Convention for the Protection of All Persons from Enforced Disappearance, which Iraq ratified on 23 November 2010.

On May 14, 2021, the UN body [responsible for monitoring the implementation of the Convention by States Parties] urged the Iraqi government to locate and impartially investigate the case of the three brothers, Falih Al Janabi, Salih Al Janabi and Meshtaq Al Janabi, who have been missing since their arrest on September 9, 2014, at their home in Latifiya by members of the federal police and the Iraqi army.

The Al Janabi brothers had been arrested at their home on September 9, 2014 at 10 pm, in a joint operation by the federal police and the Iraqi army, arriving in military vehicles, and dressed in black military uniforms and balaclavas. The three brothers were physically assaulted. Their computers and identification documents were seized.

Mandated by the relatives of the victims Alkarama and Al Wissam Humanitarian Assembly had submitted their situation to the UN Committee on 8 February 2018.

The UN body expressed concern about the lack of collaboration of the Iraqi authorities, who are generally content to accuse any missing person of belonging to a terrorist organization without providing evidence to that effect.

The Committee therefore recalled that the lack of "specific response, information or clarification is not in conformity with the obligation of States parties, under article 12 of the Convention, to investigate promptly and impartially alleged enforced disappearances and to take measures to prevent and punish acts that impede the conduct of an investigation; and, under article 30(3) of the Convention, "to inform the Committee, within a specified time limit, of the measures taken [...] to locate and protect the person concerned in accordance with this Convention," and  " to cooperate with the Committee and assist its members in carrying out their mandate. "

Finally, the Committee said that the case of the Al Janabi brothers will be kept open until light is shed on their disappearance.